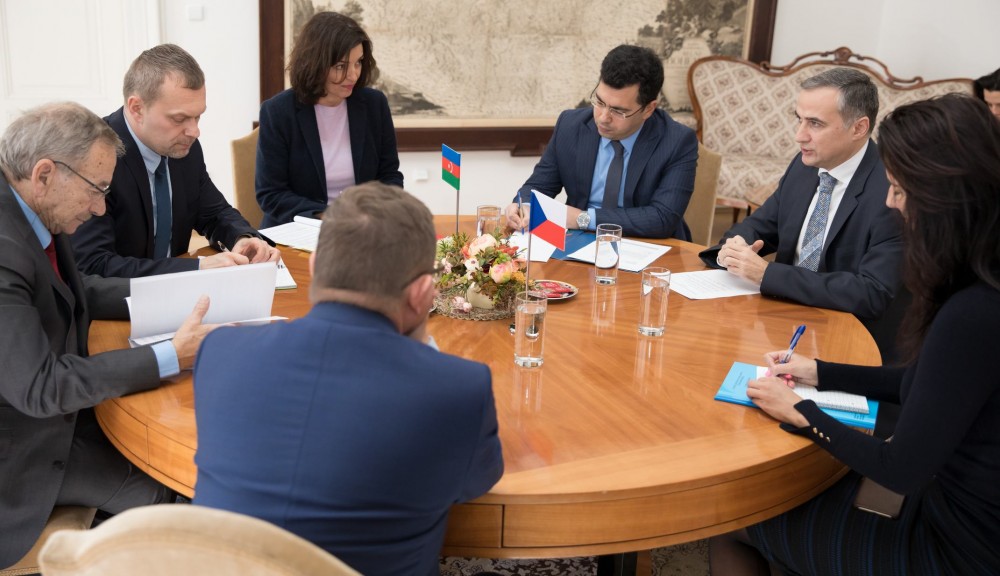 President of the Czech Senate Jaroslav Kubera has praised the Czech Republic-Azerbaijan interparliamentary friendship groups’ successful activities as he met with Azerbaijani Ambassador to the country Farid Shafiyev.

Pointing to the development of bilateral relations, Kubera stressed the importance of further expanding economic ties between the two countries. He also underlined broad opportunities for cooperation in tourism, and health resort areas in this regard.

Jaroslav Kubera put forward an initiative to develop cooperation between the specific committees of two countries’ legislative bodies. Ambassador Shafiyev said the initiative will be reviewed by Azerbaijan.

The ambassador briefed the Senate President on the Armenia-Azerbaijan Nagorno-Karabakh conflict and the current situation in the region. He commended the Czech Republic for its fair position over the settlement of the dispute within the territorial integrity of Azerbaijan.

Jaroslav Kubera reiterated his country’s support for Azerbaijan’s territorial integrity and inviolability of its borders.