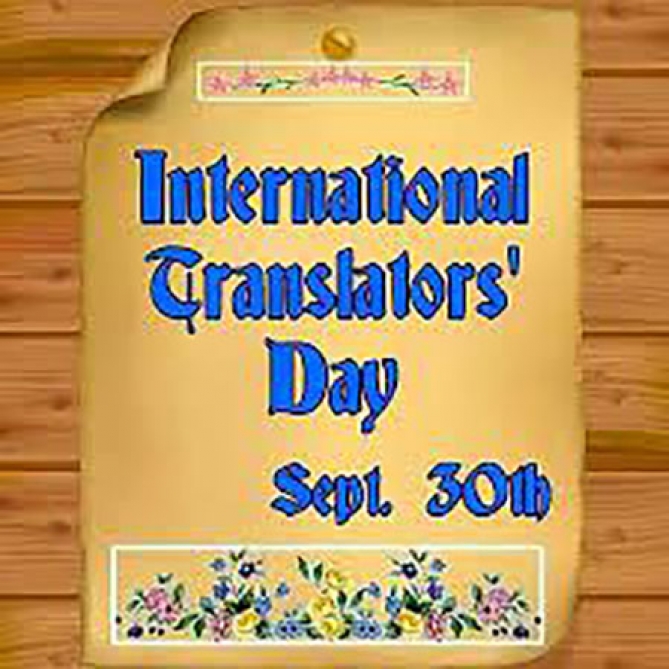 Celebrated every year on 30th September, International Translation Day is an opportunity to remember the importance of translators, interpreters, terminologists and everyone else in the profession.

After more than a year of COVID-19 keeping us apart, this year’s theme is “United in translation“.

International Translation Day is meant as an opportunity to pay tribute to the work of language professionals, which plays an important role in bringing nations together, facilitating dialogue, understanding and cooperation, contributing to development and strengthening world peace and security.

Transposition of a literary or scientific work, including technical work, from one language into another language, professional translation, including translation proper, interpretation and terminology, is indispensable to preserving clarity, a positive climate and productiveness in international public discourse and interpersonal communication.

Thus, on 24 May 2017, the General Assembly adopted resolution 71/288 on the role of language professionals in connecting nations and fostering peace, understanding and development, and declared 30 September as International Translation Day.

30 September also celebrates the feast of St. Jerome, the Bible translator, who is considered the patron saint of translators.

St. Jerome was a priest from North-eastern Italy, who is known mostly for his endeavor of translating most of the Bible into Latin from the Greek manuscripts of the New Testament. He also translated parts of the Hebrew Gospel into Greek. He was of Illyrian ancestry and his native tongue was the Illyrian dialect. He learned Latin in school and was fluent in Greek and Hebrew, which he picked up from his studies and travels. Jerome died near Bethlehem on 30 September 420.

Languages, with their complex implications for identity, communication, social integration, education and development, are of strategic importance for people and the planet.

There is growing awareness that languages play a vital role in development, in ensuring cultural diversity and intercultural dialogue, but also in attaining quality education for all and strengthening cooperation, in building inclusive knowledge societies and preserving cultural heritage, and in mobilizing political will for applying the benefits of science and technology to sustainable development.