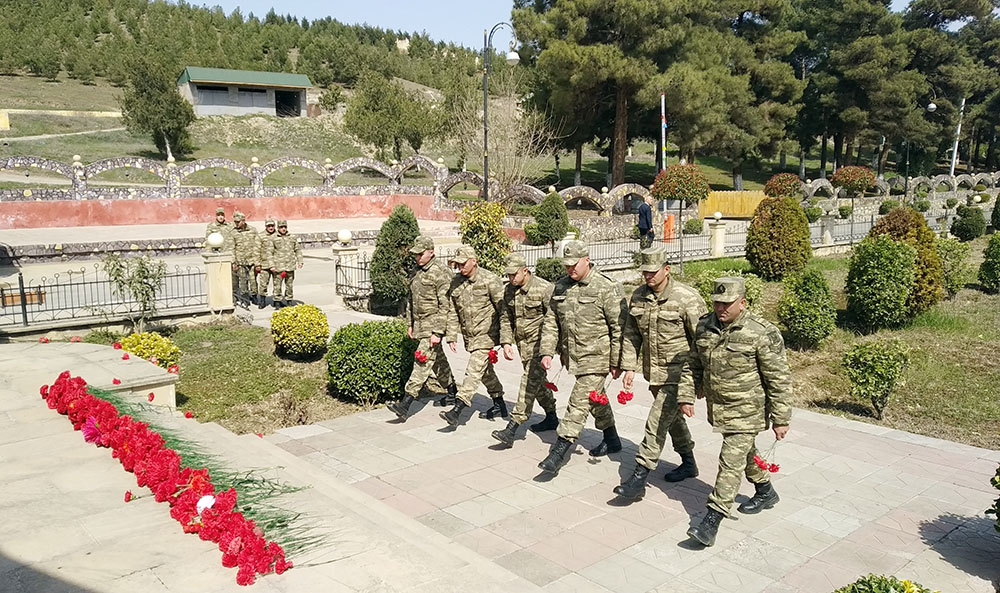 Under the instruction of Minister of Defense of the Republic of Azerbaijan, Colonel General Zakir Hasanov, remembrance events on the occasion of the March 31 – the Day of the Genocide of Azerbaijanis were held in the Army Corps, formations, military units, and special educational institutions of the Azerbaijan Army, the Ministry of Defense told AZERTAC.

At the beginning of the remembrance events, the memory of the victims of the genocide, as well as national leader Heydar Aliyev and shehids (martyrs), who sacrificed their lives for the territorial integrity of Azerbaijani lands, was honored with observing a minute of silence. The national anthem of the Republic of Azerbaijan was performed.

The speakers at the events held in the liberated Farrukh village of Khojaly district and other regions of the republic emphasized the importance of the annual state-level commemoration of the March 31 – the Day of the Genocide of Azerbaijanis according to the Decree of national leader Heydar Aliyev dated March 26, 1998. The speakers also spoke about the purposeful measures taken by President of the Republic of Azerbaijan, Supreme Commander of the Armed Forces Ilham Aliyev, as well as the Heydar Aliyev Foundation to deliver the horrors of the genocide committed by Armenians against the Azerbaijani people to the world.

The servicemen visited the monuments of the victims of the genocide and gave lectures on the subject in socio-political training classes.