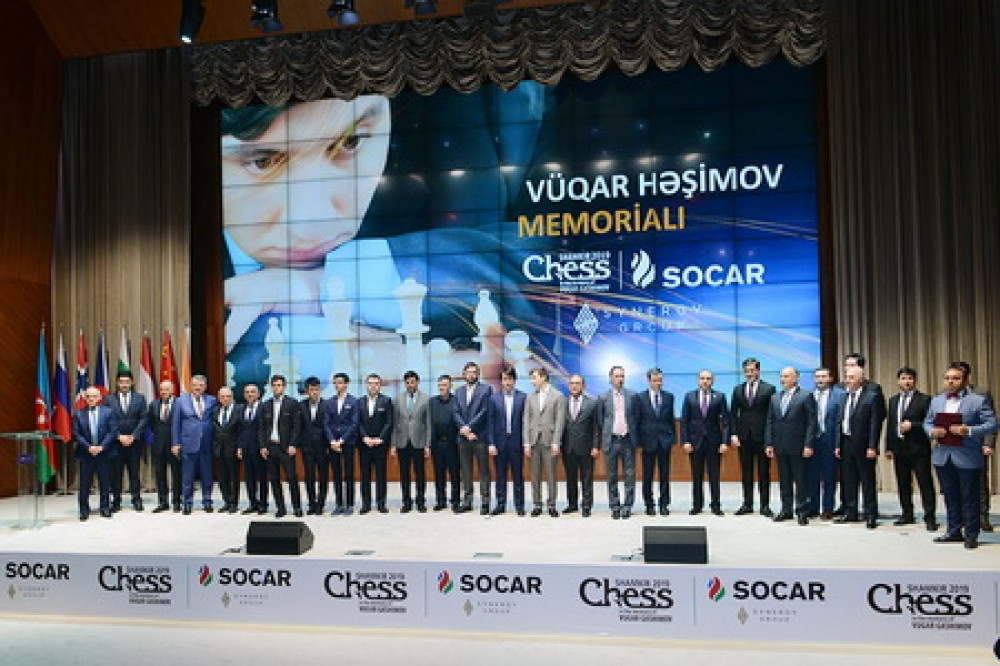 The Shamkir Chess 2019 international tournament commemorating Azerbaijani grandmaster and European champion Vugar Hashimov has solemnly kicked off at the Heydar Aliyev Center in the city of Shamkir.

Co-organized by the State Oil Company of Azerbaijan Republic (SOCAR), the Ministry of Youth and Sports of Azerbaijan, the Azerbaijan Chess Federation and Synergy Group, the tournament will last until April 9.

Prior to the opening ceremony, the event participants watched a documentary on Vugar Hashimov.

The event continued with a concert program.