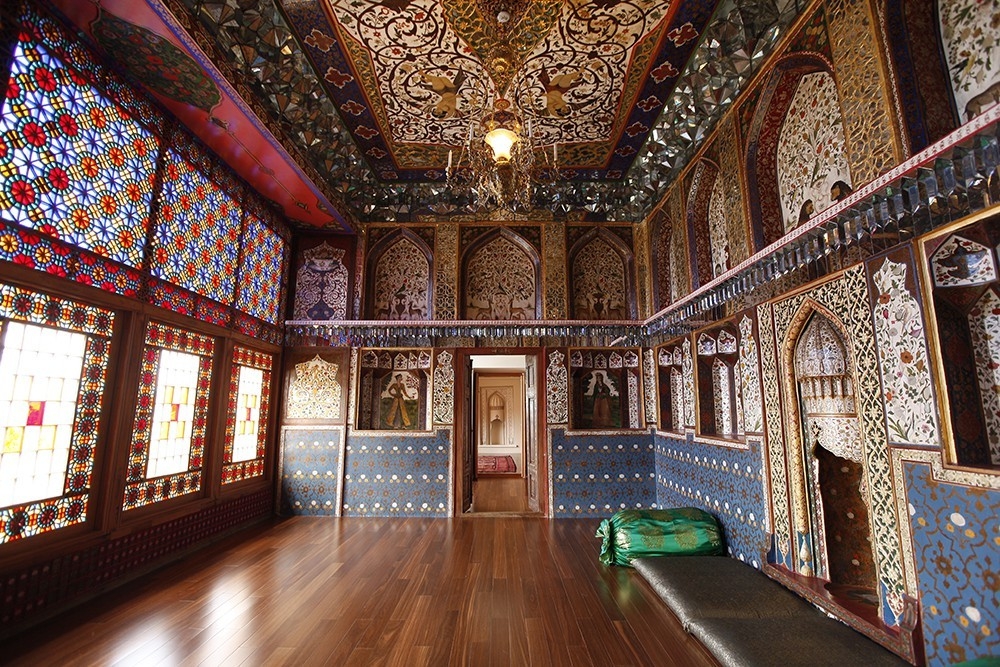 The famous Turkish poet and novelist of the 20th century Nazim Hikmet, who visited Sheki, Azerbaijan`s historic city located in the northern part of the country that once stood on the Great Silk Road, wrote: “If there were no other ancient structures of Azerbaijan, it would be enough to show only the Palace of Sheki Khans to the whole world.”

Built in the 18th century, the Palace is small, but distinguished by a variety of finishes and an abundance of murals, miniature paintings that their detailed examination will require not hours, but days.

The Sheki Khans’ Palace is a historical and cultural monument of global importance. It is considered one of the best samples of 18th century palace architecture in the Caucasus and one of the jewels of the Islamic East. The builders used specific anti-seismic belts, and the palace survived even strong earthquakes. Both the facade and the interior of the palace (with an area of 300 m²) are painted with pictures that depict scenes of hunting and war, as well as with geometric and floral patterns. In the center there is a huge stained-glass window of a multi-colored glass mosaic. There are also mirror balconies here. The windows of the palace are made from pieces of colored Venetian glass with the Shabaka (stained glass windows) technology and without the use of nails or glue. One square meter of stained glass windows contains 3-7 thousand pieces, which is why one stained glass window was made in 5-6 months. Thanks to the huge stained-glass windows, which give ease and grace to the façade of the palace, the light penetrating the interior of the palace produces all the colors of the rainbow.

Dozens of Russian and European travelers and researchers described the palace. The famous French novelist Alexander Dumas, who visited Sheki in 1858, described his impressions as follows: “The Khan’s Palace is a charming building. Only the brush can depict this building with its wonderful arabesques.”

Azerbaijan`s historic centre of Sheki with the Khan’s Palace were included in the UNESCO’s World Heritage List at the 43rd session of the World Heritage Committee held in Baku from 30 June to July 10, 2019.