Home / featured / Shooting on the Azerbaijani-Iranian border was reported, member of the border guards wounded

Shooting on the Azerbaijani-Iranian border was reported, member of the border guards wounded 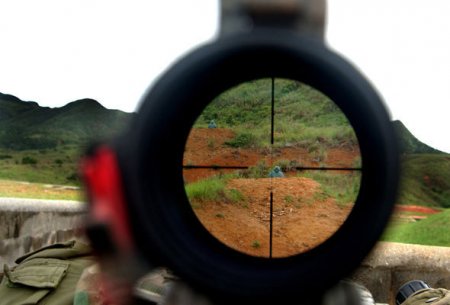 On July 27, at 22:45, an attempt to smuggle a large amount of narcotic drugs by violating state borders was undertaken within the service territory border units of the “Horadiz” border detachment of the Border Troops of the State Border Service at the Ahmedalilar village of the Fizuli district, APAreports.

According to the information, the traffic of armed people from Islamic Republic of Iran to the Republic of Azerbaijan was revealed and prevented by the border guards on service.

Disobeying the legal requirements and warning shots, the border intruders opened fire on the border guards who were on service of state border of the Republic of Azerbaijan.

During the armed incident member of border guard group was wounded in the shoulder. The border guard was immediately evacuated to the military hospital and was operated, currently his condition is satisfactory.

Border intruders who didn’t succeed to smuggle drugs across state borders fled back. After investigative measures 1 bale of marijuana weighted 2 kg 70 g, 2 kg 180 g coconut, 885 g heroin and 215 g of opium with the total weight of 5 kg 350 g was seized.

Senior officials of the State Border Service were assigned to the area of incident. A meeting was held with the border representatives of the Islamic Republic of Iran. Joint review of the scene was held, seized drugs and other items were presented and involvement to the criminal responsiblity of the intruders was requested.

Necessary measures regarding the incident are underway with the Military Prosecutor’s Office. Criminal case has launched on the fact.