Single ski pass may be created for Azerbaijani, Russian resorts 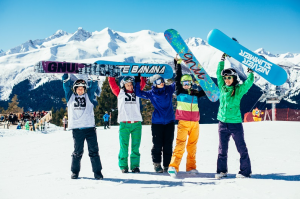 The Azerbaijani and North Caucasian resorts of Russia can be connected by a single ski pass, Rustam Tapaev, deputy general director of the North Caucasus Resorts company, said during a business forum entitled ‘Invest in the Caucasus’ in Grozny.

He said that the company is working on the formation of a large tourist cluster throughout the Caucasus range, and cooperation with Azerbaijani resorts have been established in this direction.

“Now we are actively cooperating with resorts that are located in Azerbaijan, and we plan to further develop, make single calendars, interact with tourists, right down to a single ski pass,” said Tapaev.

Ski Pass is a magnetic card that allows you to pass through the turnstile into the ski station, where you can use all the lifts and go down along any route unlimited number of times.

The first ski resort in the history of Azerbaijan, Shahdag, can be called the most popular tourist attraction of the country without any exaggeration.

The complex has attracted a large number of holidaymakers from around the world since its opening back in 2013. It is not surprising that the resort is rightfully in the list of three top-ranking destinations preferred by Russian ski lovers in the CIS.

In winter, in addition to skiing and snowboarding, travellers are offered a snow tub, as well as to ride snowmobiles or take part in a snowshoe trekking tour.

There are five brand new hotels that are interconnected by a ski slope, schools, where beginners are taught not to fall from a snowboard, spas and restaurants in the Shahdag complex.

Another ski resort of the country Tufandag operating in Gabala region has been also included in the Top 10.

Tufandag complex provides visitors with skiing slopes and cable roads with a total length of 17 km with red, black and blue stripes.

The uniqueness of both ski resorts in Azerbaijan is that they receive visitors both in winter and summer. In hot weather mainly extreme sports are popular, while with the onset of winter skiers and snowboarders flock here.

Previous Nar presented its new products to media representatives
Next Azerbaijan, EU: next round of talks on new agreement due in January