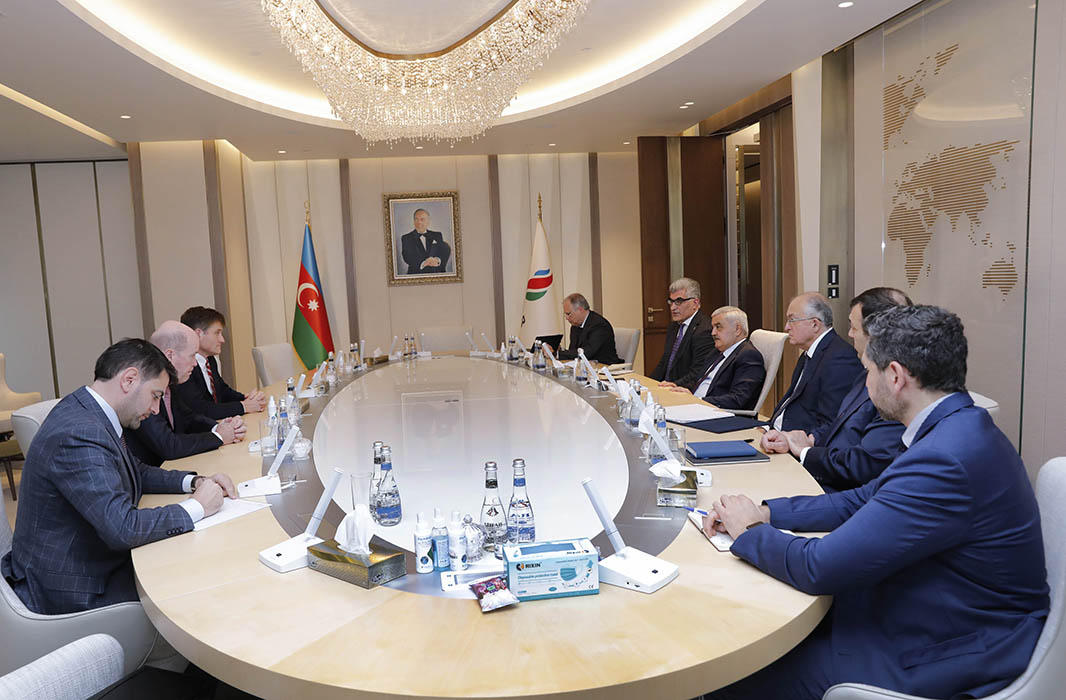 During the meeting, the parties exchanged views on the progress of exploratory drilling in the shallow part of the Absheron Peninsula. They also discussed the importance of increasing gas production in Azerbaijan from various sources and meeting the growing needs of the local and global gas market.

BP’s vice-president stated that his company had been interested in working in Azerbaijan’s oil and gas sector for a long time.

Abdullayev emphasized readiness to develop joint projects with BP, stressing that ensuring energy security in Azerbaijan is a priority for the state and the company.

The parties noted the successful continuation of production and operational works within the framework of the Azeri-Chirag-Guneshli (ACG) project. They also discussed the launch of the new ACG foundation in the coming months.

Moreover, the guests were informed about the new technological solutions applied in SOCAR to improve the durability and technical characteristics of expired offshore foundations.

It was noted that in accordance with its new strategy SOCAR is studying the possibility of supplying energy used in offshore oil and gas infrastructure in the future through renewable sources such as wind energy instead of gas.

The sides also considered the prospects of cooperation in this direction in the Azerbaijani sector of the Caspian Sea.

Additionally, the parties discussed various aspects of the SOCAR-BP partnership.

BP opened its first office in Baku in June 1992 and has since then contributed to Azerbaijan’s oil and gas sector through operating projects such as Azeri-Chirag-Gunashli (ACG), Shah Deniz, Baku-Tbilisi-Ceyhan (BTC), and South Caucasus Pipeline (SCP).