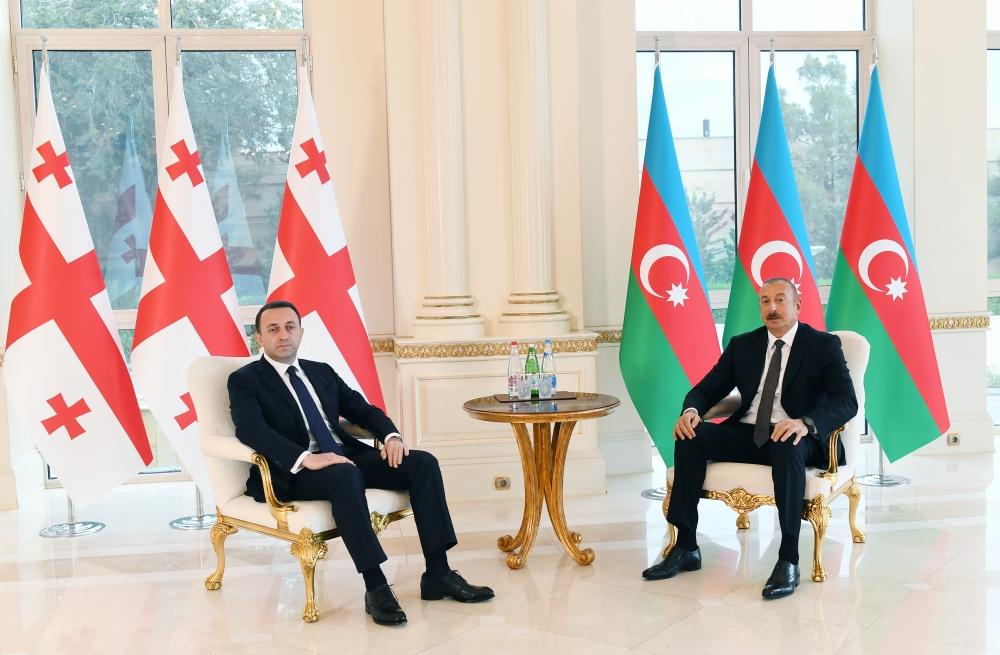 President Ilham Aliyev has described as important the strengthening of Azerbaijani-Georgian political ties not only for the two nations but the whole region with new challenges and opportunities, Azertag has reported.

He made the remarks at a meeting with Georgian Prime Minister Irakli Garibashvili in Baku on September 29.

“We closely cooperate in issues related to foreign policy, especially in our region with the new challenges, and new opportunities. Of course, strengthening political ties between our countries is important not only for our people but also for the whole region,” he said.

Aliyev noted the positive economic progress between the two countries and underlined that the trade turnover is growing.

He stressed that the September 29 meeting of the intergovernmental commission will cover many important spheres, review the taken measures and plan future steps.

“We are very encouraged by the very positive investment climate in your country, economic reforms which allow you to resolve many social and economic issues,” the president added.

Aliyev noted that traditional areas of bilateral cooperation, like oil and gas, electric energy and transportation will be also discussed.

He added that today’s visit will give a new boost to bilateral cooperation.

The president also congratulated the Georgian government with great success in terms of the country’s development.

“Also, I would like to congratulate your government on great success in developing Georgia in all areas. We as friends and brothers are happy to see this development and wish you personally and your government every success in new endeavors,” the president added.

In turn, the Georgian prime minister emphasized his country’s interest in strengthening bilateral political, economic, cultural and other ties. He added that Georgia is also interested in peace and stability in the region, which will be a foundation for robust economic development.

It should be noted that during the Georgian-Azerbaijani Intergovernmental Economic Commission the parties are planned to discuss the goals of sectoral cooperation and important energy projects in which Georgia and Azerbaijan jointly participate. Trade and economic relations and the existing infrastructure in terms of transport and logistics are also planned to be discussed.

Azerbaijan and Georgia cooperate in different spheres of the economy. In 2020, Azerbaijan was Georgia’s main bitumen supplier, the largest diesel fuel and electricity supplier. The volume of trade turnover amounted to $532.4 million in the first eight months of 2021.