Subscriber base of Nar grows rapidly 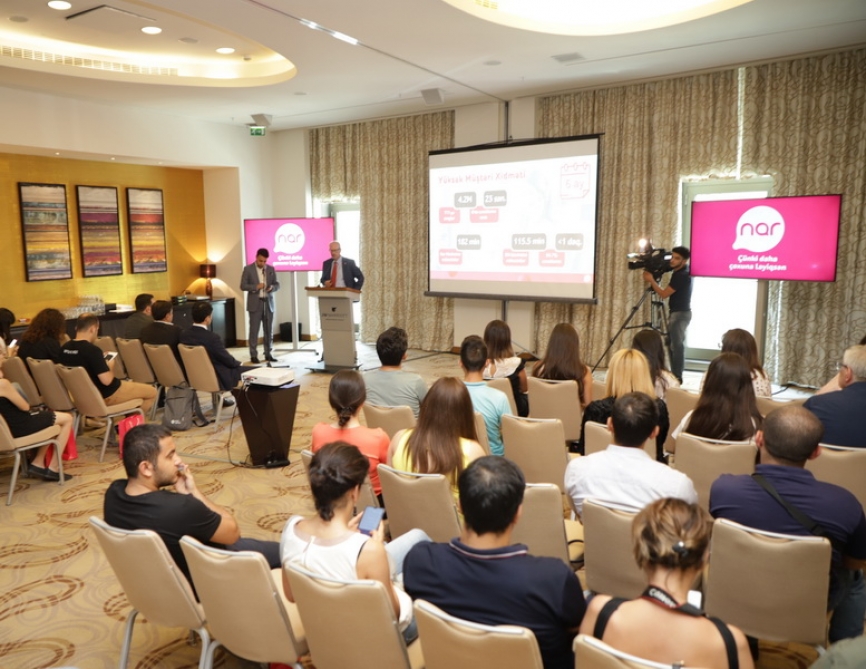 Nar announced its achievements for the first six months of 2019. Thanks to the tariffs and beneficial prices offered by the mobile operator, the rapid growth of the number of base stations, and the high quality internet service provided to customers, Nar’s subscriber base has grown substantially. Thus, the active subscriber base has increased by 13% compared to the same period of the last year. Currently, the number of mobile operator’s users is closer to 2.3 million.

According to the results of the last half a year, Nar has managed to further expand its network. The mobile operator has installed 490 new base stations in six months. Currently, the number of Nar’s 4G base stations exceeds 2140 while the number of 3G base stations exceeds 2700. Thus, Nar has become the mobile operator with largest 4G network in the country. As a result of works aimed at improving the network, the Nar network has been strengthened not only in the capital but also in the regions of the country. Currently, 53 regions are provided with 4G base stations.

Speaking at a press conference dedicated to the results of the half-year, held with the participation of media representatives, Gunnar Pahnke, CEO of Azerfon, indicated that Nar has achieved remarkable results over the past six months. “One of our main targets is to achieve the best customer experience and ensure individual approach to every customer on the highest level. We have successfully pursued our customer-centered strategy and achieved increased customer satisfaction in the strong competitive environment observed in the Azerbaijani telecommunication market. Thanks to the high quality service we provide to our customers, Nar has become the first among the mobile operators in the customer loyalty index for the first time in two years.”

Nar also continues to provide high quality and fast customer service to its subscribers via Call Centers, nar.az website and social media. Thus, over the past 6 months, more than 115,000 customer requests have been received through the mobile operator’s social networks. 94.7% of these requests were answered within one minute.

During 6 months of 2019, the mobile operator has introduced the “CavanNar” tariff plan which allows customers to use double internet and enjoy more communication, as well as advantageous roaming packages for travelling subscribers.