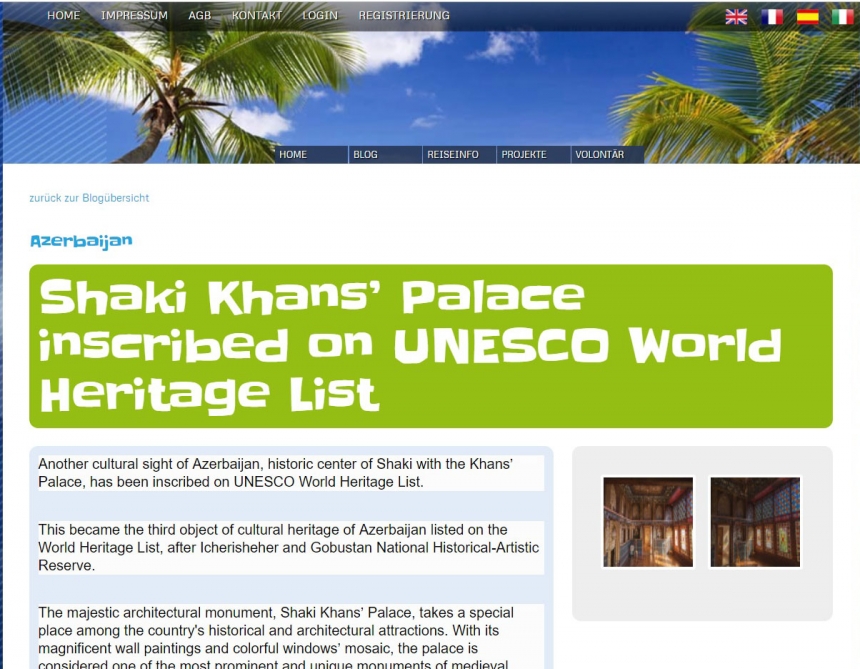 The article says: “Another cultural sight of Azerbaijan, historic center of Sheki with the Khan’s Palace, has been inscribed on UNESCO World Heritage List.

This became the third object of cultural heritage of Azerbaijan listed on the World Heritage List, after Icherisheher and Gobustan National Historical-Artistic Reserve.”

The article describes Sheki Khan’s Palace as the majestic architectural monument, which takes a special place among the country`s historical and architectural attractions.

The article also highlights the decisions made during the 43rd session of the UNESCO World Heritage Committee in Baku and their importance for the world cultural heritage, as well as draws the readers’ attention to the history of Sheki, the Khan’s Palace and the ancient architectural monuments in the city.