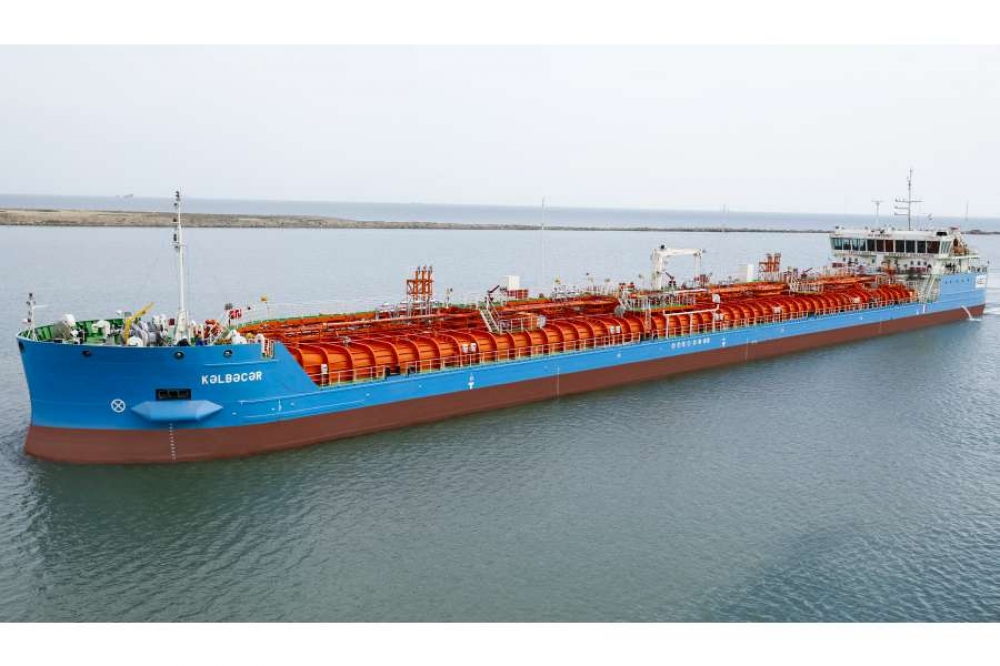 The issues of expanding the fleet of the Azerbaijan Caspian Shipping Company (ASCO) and its renewal with modern ships are always in the spotlight. By the instruction of President Ilham Aliyev, important work is being carried out in this area. The oil tanker “Kalbajar”, built at the Baku Shipyard by order of ASCO, is also an integral part of large-scale measures taken in this sphere, the Azerbaijan Caspian Shipping Company told AZERTAC.

It was decided that the tanker “Kalbajar”, launched last month with the participation of President Ilham Aliyev, will be operated in external waters. The tanker, loaded with diesel fuel, has already embarked on its maiden voyage. The vessel left the Turkmen port of Turkmenbashi in the direction of the Turkish port of Gebze.

The permanent crew of the new generation tanker “Kalbajar” is made up of 15 members. The tanker with a length of 141 meters, width of 16.9 meters, and a deadweight – carrying capacity, of 7800 tons is furnished with equipment of the world’s leading companies.

The ship will play an important role in strengthening the country’s position in international cargo transportation, eliminating dependence on one market, as well as introducing and promoting the country in foreign waters. From this point, the name “Kalbajar”, given to the ship on the initiative of President Ilham Aliyev, also has great symbolic significance.

It should be mentioned that after a long interval, ASCO’s activities in the waters outside the Caspian Sea were restored in 2014 by purchasing the vessels “Uzeyir Hajibeyli” and “Natavan” upon the instruction of President Ilham Aliyev.