Tehran-Baku ties deepening according to both nations’ wish, President Rouhani 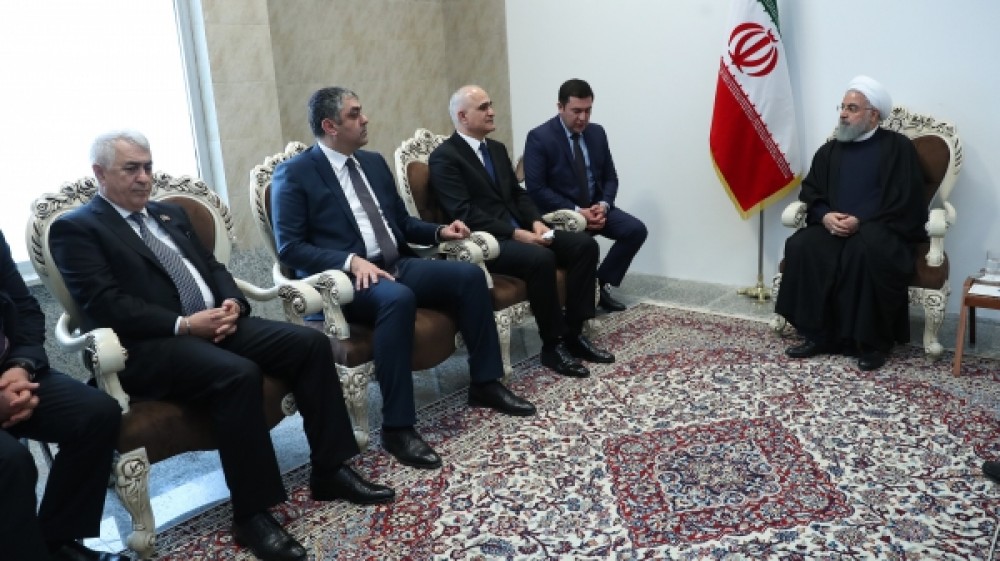 Speaking at a meeting with the Minister of Economic Development of the Republic of Azerbaijan Shahin Mustafayev, Hassan Rouhani said, “Tehran-Baku relations have developed more in different fields”.

“One of the very valuable instances of national and regional cooperation between the two countries is the finalization of South-North Rail project, linking through to Astara, that we hope will further deepen our relations,” he said.

Rouhani went on to appreciate the efforts of Azerbaijani President Ilham Aliyev for development of relations between the two countries.

He also expressed hope that relations will further deepen in all fields of mutual interest with the work of the joint commission of relations.

Minister Shahin Mustafayev underlined that the political will and friendly relations between the Presidents of Azerbaijan and Iran have provided a solid foundation for the development of cooperation. He emphasized the importance of the two countries presidents’ high-level meetings over the recent years in terms of expanding trade and economic ties between the two countries.

Minister Mustafayev noted that President Ilham Aliyev attaches special importance to the Qazvin-Rasht-Astara (Iran)-Astara (Azerbaijan) railway project, adding that this issue has always been in the center of attention.