Teodora Genchovska: Bulgaria is ready to contribute to demining process in Azerbaijan 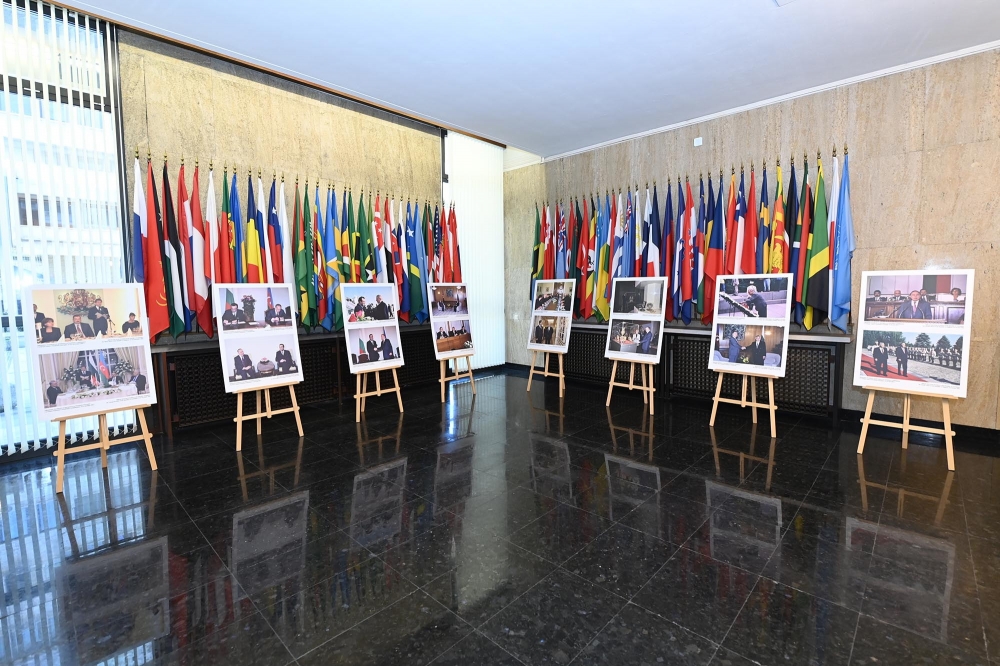 The meeting, which began tete-a-tete between the Foreign Ministers of the two countries, continued with a strategic dialogue meeting with the participation of delegations from both sides.

Minister Teodora Genchovska cordially greeted her Azerbaijani counterpart and stressed the importance of the visit, which took place on the eve of the 30th anniversary of the establishment of diplomatic relations between the two countries. She hailed the development of cooperation between the two countries over the past 30 years in a number of areas, including energy, transport and communications, tourism and others.

The FMs discussed the prospects for the development of relations in the energy sector, which forms the core of economic relations between the two countries, as well as in transport, information and communication technologies, agricultural, tourism, humanitarian and other fields. They expressed confidence that the next meeting of the Joint Commission on Trade-Economic and Scientific-Technical Cooperation between the Republic of Azerbaijan and the Republic of Bulgaria, scheduled for this year, will make a positive contribution to expanding bilateral cooperation.

Minister Bayramov informed his interlocutor about the situation in the region in the post-conflict period, the work done to eliminate the grave consequences of the occupation of Azerbaijani territories, which lasted for nearly 30 years, including demining process, restoration and reconstruction in the liberated areas, as well as steps taken to normalize relations between Armenia and Azerbaijan, and Azerbaijan’s position on ensuring peace and progress in the region.

Minister Teodora Genchovska expressed Bulgaria’s readiness to contribute to the demining process carried out by the Azerbaijani government.

The sides discussed issues of cooperation on a bilateral level, as well as within the framework of global and regional international organizations.

Following the meeting, the ministers got acquainted with the exhibition dedicated to the 30th anniversary of the establishment of diplomatic relations between the two countries and made statements to the press.