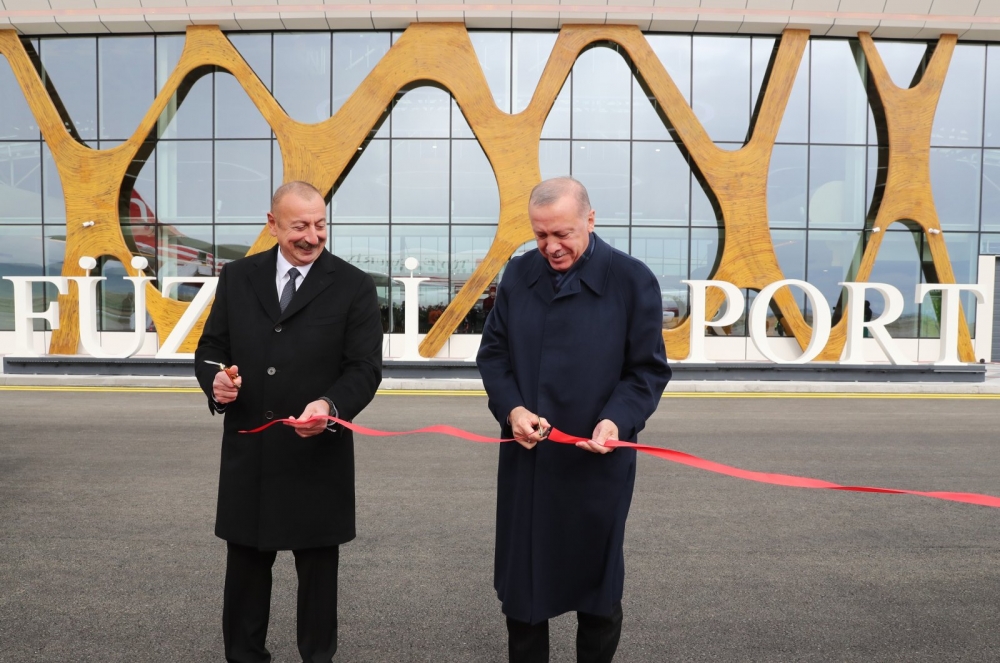 “Azerbaijan officially opened the Fuzuli International Airport last week, and Azerbaijan’s President Ilham Aliyev and Turkish President Recep Tayyip Erdogan attended the opening ceremony. This is a very important development and a great milestone in the restoration of the Karabakh region. It will transform the area into a flourishing land with a developed infrastructure and economy,” well-known Israeli expert in international relations Arye Gut said in his interview with the US-based newspaper the Jewish Press.

In a preface to the interview, Jewish journalist and political analyst Rachel Avraham wrote: “As Gut put it, following the wars between Azerbaijan and Armenia in the region, “not a single house, kindergarten, school, library, museum or even a single stone remained. This land had been destroyed under close to 30 years under Armenian occupation.

But now, Azerbaijan’s victory in the November 2020 Second Karabakh War—which culminated in the construction of the Fuzuli Airport—is allowing the region to be reborn: “Today’s Azerbaijan has engaged in the restoration and reconstruction of Karabakh, all day and all night long, seven days per week. They have shown great commitment towards rebuilding what was destroyed under the Armenian occupation.”

“However, the construction of Fuzuli Airport did not take place in a vacuum. For instance, the foundation for a Smart Agropark in Zangilan was recently laid during President Erdogan’s visit,” Avraham mentioned.

Also, Gut related, “during Erdogan’s visit, the construction of the Ahmadbayli-Horadiz-Minjivan-Aghband and Ahmadbayli-Fuzuli-Shusha roads began.”

“It should be noted that Azerbaijan and Turkey are also insisting that the Zangazur corridor get constructed as well,” Gut said.

It should also be noted that President Ilham Aliyev has no intention of stopping there, as Arye Gut announced recently: “West Zangazur is currently under the control of Armenia, but as a result of the Zangazur corridor—which Azerbaijan has a right to under the recent peace agreement—we will use this corridor to return our citizens to the lands of their ancestors.”

The author said: “Close to one million Azerbaijanis were displaced from Karabakh during the First Karabakh War (1988-1994),” the Israeli expert noted. Gut believes that by opening the Zangazur corridor, “Ankara will receive not only a direct land connection through Nakhchivan and the aforementioned corridor with the rest of Azerbaijan but also direct access to the Turkic-speaking countries and markets of Central Asia because such a route would be shorter and cheaper. Currently, to deliver goods there, Turkish trucks mainly travel through Russia and Georgia.”

“The proposed Zangazur Corridor has multilateral socio-economic, geopolitical, and geostrategic dividends, which primarily connect Central Asia, Azerbaijan, and Turkey from the Pacific Ocean to Turkey and have a positive impact on regional trade activities,” Avraham noted.

“Azerbaijan obtained a tactical military victory on the battlefield as well as a geopolitical and diplomatic victory at the negotiating table, with the inclusion of all the opening of regional transport routes including the Zangazur corridor that connects Azerbaijan with Turkey through Armenia. The proposed Zangazur Corridor has multilateral socio-economic, geopolitical, and geostrategic dividends, which primarily connect Central Asia, Azerbaijan, and Armenia from the Pacific Ocean to Turkey. This will expand the rail network between Russia, Azerbaijan, Turkey, and Armenia and have a positive impact on regional trade activities, Gut emphasized.

“President Ilham Aliyev offered Armenia peaceful coexistence and called the inclusion of the corridor in this trilateral agreement “a significant political achievement for Azerbaijan.

President Ilham Aliyev added that Armenia would benefit from its location as a transit country if the proposed Trans-Caspian Natural Pipeline between Central Asia and Turkey is implemented in the future. Armenia could also benefit from Azerbaijani investments in rebuilding regional railways. In short, the peaceful use of the Zangazur Corridor ensures long-term stability for both Azerbaijan and Armenia,” he concluded. 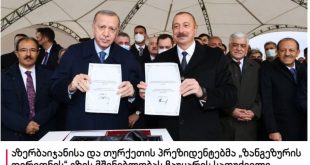