Falling oil prices have increased consumer interest in carbon-fuel resources. Although humanity continues to invest in the development of alternative and renewable energy sources, oil and gas will remain popular for the next twenty years. This is the main thesis of an energy survey by company BP for 2035.

The demand for renewable sources of energy, including biofuel, will grow an average of 6.6 per cent each year – the largest growth figure among all sources of energy. However, even when such heightened speeds of increase are taken into account, their share in the energy balance will only increase from the current 3 per cent to 9 per cent by 2035.

Among fossil fuels, the trend will be for gas – an annual consumption increase of 1.8 per cent is expected, compared to an increase in oil demand of 0.9 per cent. Coal, as the least eco-friendly form of fuel, will have to be the loser. Overall, by 2035 gas will take second place in overall energy usage, forcing out coal. An important factor in lowering the share of coal as compared to gas was the UN Paris Climate Conference, which stipulated a significant decrease in harmful exhausts.

As demand increases, so will oil drilling, in no small part thanks to increased production of shale oil, due to rise by 5.6 per cent yearly. As a rule, the share of shale oil in global oil drilling will increase from 10 per cent in 2014 to nearly 25 per cent in 2035. By the way, the extraction of shale oil in particular might have a palpable effect on development of the liquid natural gas (LNG) market and the opportunities for its delivery to Europe from the United States, the driving force behind the “shale revolution.”

The European Union has long-held plans to decrease its dependence on Russian gas. Currently the only new realistic source is Azerbaijan, which is developing the Southern Gas Corridor project. It is clear, however, that with initial deliveries of 10 billion cubic meters a year, Azerbaijan cannot be considered a replacement for Russian gas; it can only balance the market. By the way, this topic was at the centre of discussion at the American Atlantic Council.

According to Azerbaijani ambassador to the United States Elin Suleymanov, what is important is not so much the volume of gas deliveries to the European market, so much as the security and uninterrupted nature of the deliveries.

“We understand that increased delivery means greater security. More diversified sources of gas for Europe are good for everyone, including Gazprom,” said Suleymanov, noting that deliveries of Azerbaijani gas were not directed against anyone, and that Azerbaijan has never tried to force Russian gas from the market.

Iran, whose gas reserves are comparable with Russia’s, is also trying to get its share of the European gas market. In light of agreements on the Iranian nuclear program and the lifting of sanctions, Iran is looking at every possible way to get its gas onto the world market. Among its options is the export of fuel through the TANAP and TAP gas pipelines being built as part of the Southern Gas Corridor. However, Iran also has prospects to enter the LNG market, especially if one considers the rapid growth of the sector. According to BP projections, LNG sales will grow twice as fast as global consumption. The share of LNG in world demand will grow from 10 per cent in 2014 to 15 per cent in 2035.

The survey notes that global deliveries of LNG within the next five years will grow by more than 40 per cent thanks to the completion of a number of projects. Currently Qatar, which possesses the world’s third largest gas reserves, is the one calling the shots on the global LNG market. And Qatar’s only way onto the market is LNG. The country has 14 LNG terminals, allowing it to export 77 million tonnes of fuel, which comprises a fourth of all global output.

The fight for first place in the LNG market will soon be joined by Australia, which has invested more than 200 billion dollars into the sector. By the end of 2017 it plans to reach a figure of 87 million tonnes a year for the total output of its LNG terminals. Both Qatar and Australia are primarily fighting over the Asian market, where the main buyers will be Japan, South Korea, China, and India. Nevertheless, the European market is no less promising, because LNG is considered an important instrument in providing energy security. “We would like to create all the necessary conditions for LNG, because we feel that it will become a global trading commodity. At the same time LNG prices are extremely competitive, and we would like to use this advantage, which opens up global competition to lower the price of energy resources in Europe,” noted Maros Sefcovic, vice-chairman of the European Commission for the Energy Union.

Europe already has 23 LNG terminals with an overall output of 200 billion cubic metres of gas per year, which would cover 40 per cent of the continent’s demands. The EU has also listed as important the construction of terminals in Croatia, Estonia, Greece, Ireland, and Sweden, as well as the expansion of the output of Polish LNG. The Old World’s needs for LNG will double by 2020.

In this environment Azerbaijan has no intention of remaining on the side-lines. SOCAR intends to join in the trade of LNG. According to SOCAR president Rovnaq Abdullayev, the company plans to invest in an LNG terminal in Malta, where SOCAR will also invest in the construction of a gas power station in cooperation with the German company Siemens.

SOCAR has chosen Africa as one more vector for work in the LNG market. The company’s vice president Elsad Nasirov says that SOCAR, in cooperation with African partners, intends to invest in the construction of an LNG regasification terminal in Togo. From there a gas pipeline will be built to Burkina Faso, thus supplying that country with gas.

We must not forget Azerbaijan’s project to liquefy its own natural gas. This is the AGRi project, which provides for the construction of LNG terminals on the Georgian coast of the Black Sea and the further delivery of the product to Romania. Admittedly, for the time being the project is on the back burner in view of the construction of the TANAP and TAP pipelines. However, if necessary the project could be realized in a short timeframe.

Of course, both in Malta and in western Africa we are talking about LNG trading, and SOCAR Trading will be involved. The company has already made a name for itself as a reliable source of income for its mother-company SOCAR. According to a report from consulting company Wood Mackenzie, SOCAR Trading SA successfully trades in the petroleum and petroleum products of third parties, which amount to nearly half of its overall sales.

It was the involvement of SOCAR Trading in the trade of the oil sort Azeri light in 2008-2013 that allowed for additional income of 1.1 billion dollars. This was made possible thanks to the company’s efforts to provide the most reliable and profitable long-distance deliveries of petroleum.

In 2014 80 per cent of all SOCAR’s income came from its business in Switzerland. SOCAR Trading is, after all, registered in Geneva. Therefore the entrance of the company into the promising LNG market will lead to even greater increases in SOCAR’s income, which is important for the company in an environment of falling oil prices and, with it, falling income.

Overall, investment in promising sectors of the world oil and gas trade that do not rely on oil extraction in Azerbaijan could become a significant factor in providing the country with income in the post-petroleum period. 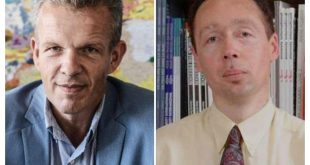 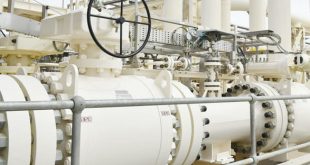 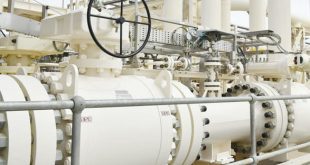