Home / Azerbaijan / The OIC’s conflict resolution efforts: from outside efforts to active engagement

The OIC’s conflict resolution efforts: from outside efforts to active engagement 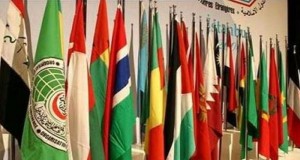 On December 2 an international symposium entitled, “OIC initiatives towards the resolution of Nagorno-Karabakh conflict: past efforts and future opportunities” was held at the Headquarters of the Organization of Islamic Cooperation (OIC) in Jeddah. It was co-organized with the support of the Embassy of the Republic of Azerbaijan to the Kingdom of Saudi
Arabia and Center for Strategic Studies under the President of Republic of Azerbaijan. The topic was thoroughly discussed in the event and some generalizations were made by the panelists.

The organization of this symposium in Jeddah has demonstrated once more the successful cooperation between Azerbaijan and OIC. This second largest inter-governmental organization after the United Nations spread over four continents was the first international organization which Republic of Azerbaijan joined in December 1991 since regaining its independence. In the same year the OIC delegation visited Azerbaijan to explore the possibility of a settlement of the Armenian-Azerbaijani conflict over Nagorno-Karabakh.

At the same time the OIC recognized Khojaly tragedy as an act of genocide and a crime against humanity at its 12th session of the Islamic Summit Conference held with the participation of OIC Heads of State in Cairo (Egypt) on 2-7 February 2013[i]. In addition, over 40 states joined the International Awareness Campaign initiated by Leyla Aliyeva, the General Coordinator of the Islamic Conference Youth Forum for Dialogue and Cooperation under the motto of “Justice for Khojaly”[ii]. This campaign was launched on 8 May 2008, the day when Shusha, an ancient capital of the Karabakh khanate, was occupied.

This international organization also urges its Member States to strengthen their solidarity with Azerbaijan to restore a complete sovereignty and territorial integrity of Azerbaijan. In particular, the OIC Member States agreed at the 11th summit of the OIC held in Dakar, Republic of Senegal, held on 13-14 March 2008 to extend strong support of the draft resolution entitled “The Situation in the Occupied Territories of Azerbaijan”, which was introduced by Azerbaijan. in the session of the UN General Assembly.

The position of the 31 OIC Member States[iii] was decisive in adopting the above-mentioned resolution on the “Situation in the occupied territories of Azerbaijan” at the 62nd Session of the UN General Assembly on March 14 2008. This resolution reaffirms the territorial integrity of the Republic of Azerbaijan and demands the immediate withdrawal of all Armenian forces from all occupied Azerbaijani territories. It also calls for the return of the population of the occupied territories, and recognizes the need to provide secure and equal living conditions for Armenian and Azerbaijani communities in the Nagorno-Karabakh region.

Taking action on the draft resolution the Assembly adopted the text by a recorded vote of 39 in favour to 7 against (Angola, Armenia, France, Russian Federation, United States, Vanuatu) with 100 abstentions. Among several delegates, speaking in explanation of position before and after the vote, who expressed support for the text and for Azerbaijan’s just stance were the representatives of a number of OIC Member States such as Islamic Republic of Pakistan, Republic of Uganda, Republic of Turkey, Republic of Indonesia and State of Libya. Thus, this resolution was adopted by the UN General Assembly thanks to the Islamic solidarity of 31 OIC Member States out of total 39 votes in favour of this resolution[iv].

Certainly, there are also a number of Muslim countries, member states of the OIC, which always demonstrate forthright and strong stance with regard to the Armenian-Azerbaijani conflict over Nagorno-Karabakh. In this context Azerbaijan highly appreciates the contributions by the Islamic Republic of Pakistan, the Republic of Turkey and the Kingdom of Saudi Arabia. These countries were not only among the first countries to recognize Azerbaijan’s independence and to extend active humanitarian assistance to Azerbaijan in the wake of the war with Armenia, but they have also exerted a certain pressure on Armenia.

By expressing full respect for Azerbaijan’s sovereignty and territorial integrity Islamic Republic of Pakistan and the Kingdom of Saudi Arabia refused to establish diplomatic relations with Armenia so far. Out of solidarity with Azerbaijan, the Republic of Turkey closed its border with Armenia due to the occupation of Kelbajar, one of the adjacent seven Azerbaijani districts by Armenian forces in April 1993. It still keeps borders closed and intends through pursuing this policy to put pressure on Armenia and to ensure that the status quo is not fully legitimized.

Thus, the OIC has also always kept the Armenian-Azerbaijani conflict over Nagorno-Karabakh in focus. Due to the non-binding character of its resolutions like other resolutions passed by various international organizations so far they have failed to bring any difference in the overall conflict resolution process so far. However, the actions of Armenia on the territory of Azerbaijan have been explicitly determined as aggression by the OIC on the basis of the aforementioned resolutions.

At the same time the latest Resolution on ”the Aggression of the Republic of Armenia against the Republic of Azerbaijan” (No. 10/42-POL)[v] adopted at the 42-nd session of the Council of Foreign Ministers, held in Kuwait, State of Kuwait, on 27-28 May 2015 “requests Secretary General to elaborate and submit to the next OIC Council of Foreign Ministers the set of recommendations and proposals for additional joint and individual efforts of the OIC Member States aimed at urging Armenia to respect the territorial integrity of Azerbaijan, put an end to the occupation of the Azerbaijani territories and completely withdraw from the occupied Azerbaijani territories”.

Thus, there is a need to enhance further intra-OIC solidarity and cooperation of the OIC Member States within other multilateral organizations. In this context, the UN and the OIC have common objectives in promoting peace and security and fostering a culture of peace at the global level. At the same time many of the issues on the Security Council’s agenda relate to the Islamic world, which also requires closer cooperation and coordination between the Security Council and the OIC. In fact, a special meeting between the UN Security Council (UNSC) and the OIC was hosted by Azerbaijan for the first time in October 2013 during Azerbaijan’s second presidency of the UNSC. At the same time individual efforts of the OIC Member States aimed at urging Armenia to respect the territorial integrity of Azerbaijan are especially critical in this process.

Azerbaijan is an integral part of the Islamic world and it is crucial for the OIC to strengthen Islamic solidarity among OIC Member States and move forward from outside efforts to active engagement for the earliest political settlement of the Armenia-Azerbaijan conflict over Nagorno-Karabakh “on the basis of the territorial integrity and inviolability of the internationally recognized borders of the Republic of Azerbaijan, in accordance with the generally accepted norms and principles of international law, the relevant UN Security Council resolutions and the OSCE documents and decisions”.

Center for Strategic Studies under the President of Republic of Azerbaijan 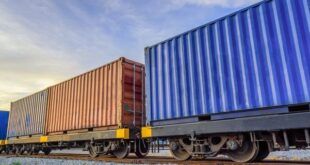