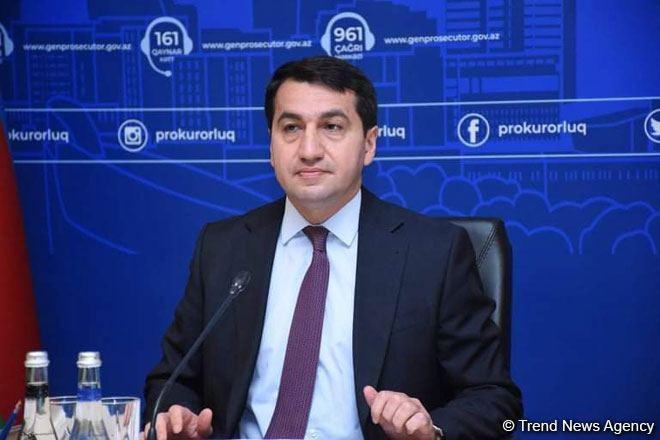 Hajiyev described as unacceptable Azerbaijani ambassador to Russia Polad Bulbuloglu’s remarks on Nagorno-Karabakh’s status and the downing of a Russian helicopter.

“What the Azerbaijani ambassador to Russia said about the status of the Nagorno-Karabakh region of Azerbaijan, without getting to the heart of the matter, is unacceptable. Heads of Azerbaijani diplomatic missions and other officials abroad should refrain from making arbitrary statements that contradict the official position of the country and the policy pursued by President Ilham Aliyev,” Hajiyev said.

At a news conference in Moscow on November 12, Bulbuloglu said that Azerbaijan is considering the possibility of giving ethnic Armenians in Nagorno-Karabakh the cultural autonomy. The statement runs counter to the peace deal signed by Azerbaijani President Ilham Aliyev, Russian President Vladimir Putin and Armenian Prime Minister Nikol Pashinyan on November 10. Under the deal, no status is envisaged for Nagorno-Karabakh.

The presidential aide added that the ambassador’s remarks about the downed helicopter were also inappropriate.

Hajiyev mentioned that on November 9, The Azerbaijani and Russian presidents “had a telephone conversation in connection with the tragic incident involving a helicopter belonging to the Armed Forces of the Russian Federation”.

“The comment by the Ambassador of the Republic of Azerbaijan to the Russian Federation on this issue is inappropriate. Such a case cannot undermine the Azerbaijani-Russian relations,” Hajiyev added.

To recap, Polad Bulbuloglu described the helicopter downing as “an unpleasant incident”.

“As they say, ‘in war as in war’. Anything can happen. The commission is still working, there are no conclusions yet,” he said.

Azerbaijan launched an investigation into the downing of a Russian military helicopter over Armenia, which killed two crew members and injured a third.

Earlier, the Azerbaijani Foreign Ministry apologized for the incident, offering to pay compensation.

Previous Cultural institutions to be restored in Shusha
Next Azerbaijan’s Defense Ministry: Exchange of bodies of several servicemen who died during the fighting around Shusha city was held 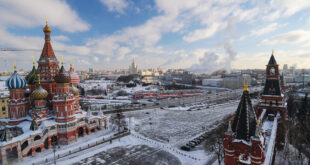