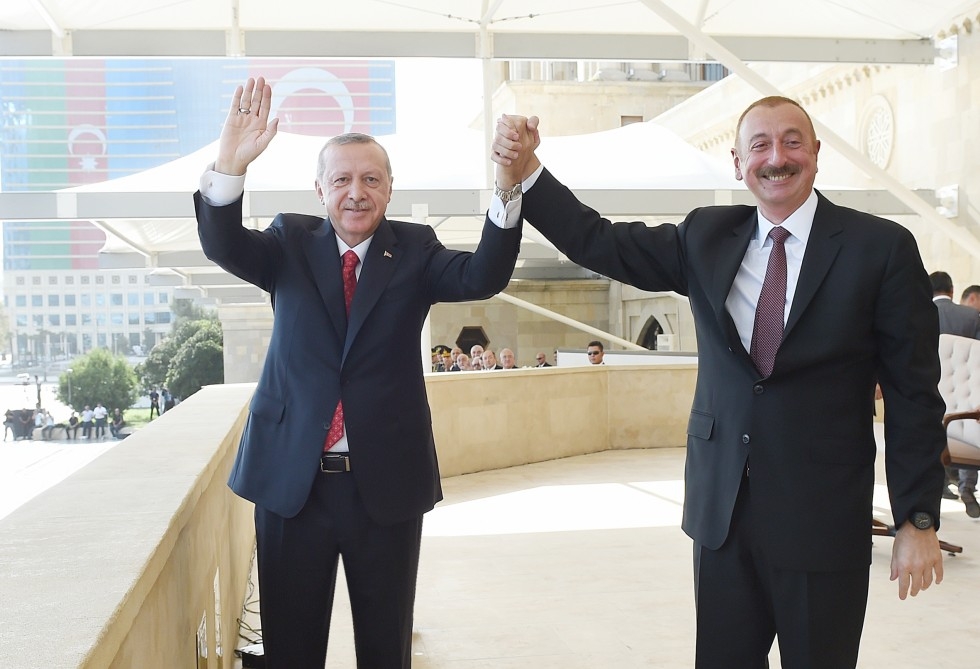 Turkish officials on Sunday welcomed Azerbaijan’s liberation of the city of Shusha from Armenia’s occupation, according to Anadolu Agency.

President Recep Tayyip Erdogan congratulated Azerbaijan on the liberation of the strategically important city of Shusha.

“Liberation of Shusha city also implies that liberation of remaining occupied territories is in sight,” Erdogan said at the 7th regular provincial congress of ruling Justice and Development (AK) Party in the north western Kocaeli province.

He also said Turkey shares the happiness of Azerbaijani people, who have been liberating their occupied cities and Karabakh step-by-step.

Also welcoming the news, Vice President Fuat Oktay said that the establishment of sovereignty is an important development and good news for Azerbaijan.

“Shusha is liberated from the Armenian occupation. Congratulations on your victory, my dear brother [country],” Oktay said on Twitter.

Foreign Minister Mevlut Cavusoglu joined them in welcoming the liberation of Shusha, which he called the capital of culture.

“On the National Flag Day, the glorious Azerbaijani flag will fly over Shusha forever. Live in happiness with your tricolor flag, Azerbaijan,” he said.

Presidential spokesman Ibrahim Kalin also shared his congratulations on the liberation of the strategically important city of Azerbaijan via Twitter.

Also, Omer Celik, the spokesman for the ruling Justice and Development (AK) Party, expressed happiness over the Shusha victory.

Shusha has critical importance in liberating the occupied Nagorno-Karabakh region.

About 20% of Azerbaijan’s territory – including Nagorno Karabakh and seven adjacent regions – has been under Armenian occupation for nearly three decades.

While world powers have called for a sustainable cease-fire, Turkey has supported Baku’s right to self-defense and demanded the withdrawal of Armenia’s occupying forces.

Previous Products of over 20 Azerbaijani companies presented at exhibition in China
Next President Ilham Aliyev: 8 November 2020 will forever remain in the history of Azerbaijan