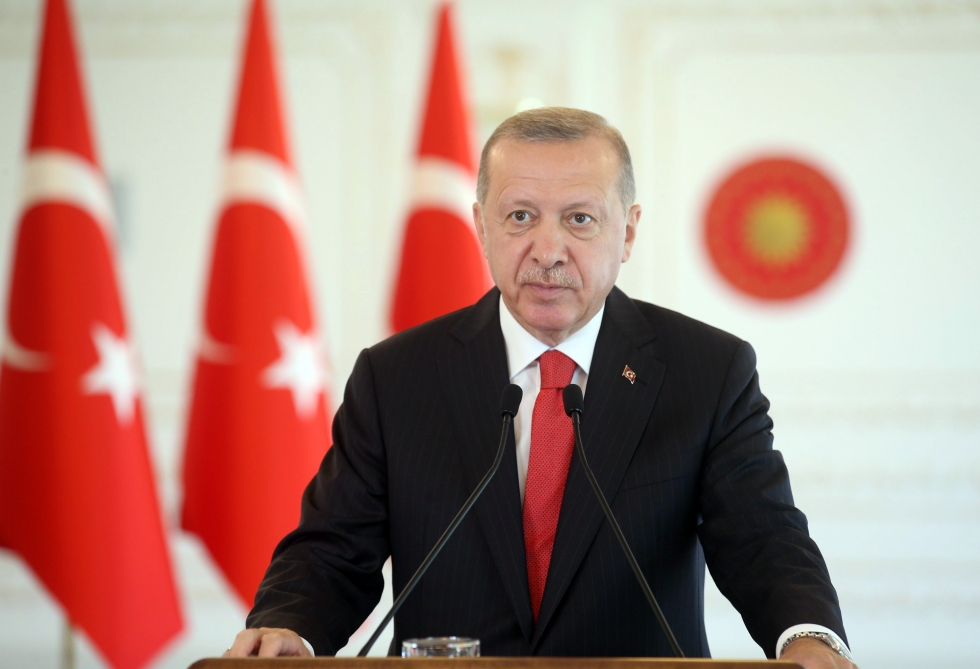 Turkey’s president on Wednesday announced the signing of a memorandum of understanding (MoU) on a joint Turkish-Russian center to monitor the Karabakh peace deal, which has ended weeks of armed conflict between Azerbaijan and Armenia, according to Anadolu Agency.

“Turkey will join the peacekeeping forces in the [Karabakh] region to monitor the implementation of the deal with Russia,” Recep Tayyip Erdogan told a parliamentary group meeting of his party in the capital Ankara.

The MoU on the center, which will be established on Azerbaijani territories that were liberated from Armenia’s occupation, was signed this morning, Erdogan added.

He went on to say that with this deal 28 years of occupation on Azerbaijani lands and Karabakh officially comes to an end.

Referring to an article of Tuesday’s Russia-brokered peace deal, he said: “A road will be constructed to connect Azerbaijan and Nakhchivan Autonomous Region.”

The Turkish president also congratulated Azerbaijani President Ilham Aliyev and the Azerbaijani people over the liberation of territories under Armenia’s occupation.