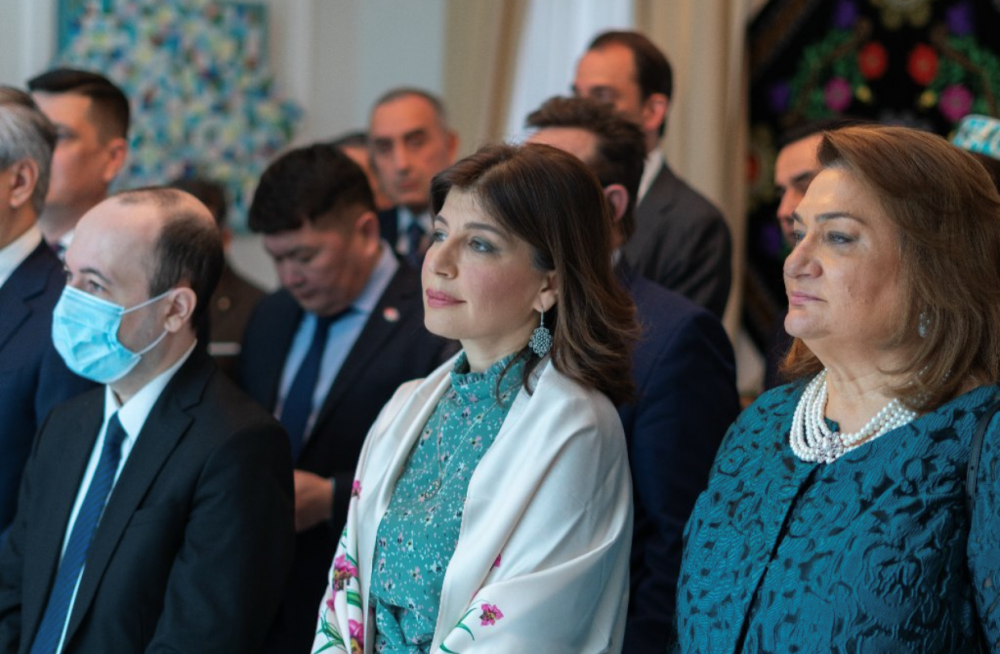 Novruz spring holiday has been celebrated at the International Turkic Culture and Heritage Foundation.

Speaking at the event, president of the International Turkic Culture and Heritage Foundation Gunay Afandiyeva congratulated the guests with the spring arrival.

“On this significant day, we celebrate one of the ancient historical traditions of the Turkic peoples, a symbol of the arrival of spring, rebirth, renewal – the Novruz holiday. Novruz is a secular holiday symbolizing the awakening of nature, the purification of the soul. Today, the founding countries of the Foundation – Azerbaijan, Kazakhstan, Kyrgyzstan and Turkey, as well as Uzbekistan and Turkmenistan, Hungary, an observer country of the Foundation, and Lithuania, who signed a memorandum of cooperation with the organization last year, set up stands and present you samples of their national cuisine,” she said.

In her speech, Gunay Afandiyeva also touched upon Azerbaijan’s victory in the Second Karabakh War.

“For a second year now, the festive celebration in the Turkic world is mixed with the joy of victory due to the acquisition of the Sacred Victory and the liberation of Karabakh. We are eternally grateful to the Supreme Commander-in-Chief and all the heroes who let us experience these wonderful feelings,” she added.

Speaking about Novruz holiday, she pointed out that it is a tradition that concentrates the secrets of life, hope for the future, happiness, abundance, which the Turkic peoples have kept alive to this day, preserved, passed on to future generations, and consecrated.

“Novruz is a treasure. The pearl, which by its meaning and elements contributes to the Turkic world, as well as to world culture, enriching it. Novruz is the beginning. It is the belief that the future will be better. It is a new way of development. It is persistence. It is a beacon of hope that shines in spite of everything. Novruz is a challenge. It is a sound that slows down the continuous flow of time, realized in the collective memory, reminding us of our history, our ancestors, of the glorious path that we have walked,” said Afandiyeva.

“Children do not shed tears, people do not become distanced from their native land. It is the reconciliation of sinners. To forget about conflict, hatred, resentment, violence, means to come to an agreement, to walk hand in hand, to live peacefully together,” she added.

The president of the International Turkic Culture and Heritage Foundation stressed that the organization she leads is always ready to promote the ancient history, culture, traditions, and values of the Turkic peoples.

In his speech, Deputy Minister of the Foreign Affairs of Azerbaijan Fariz Rzayev noted that Novruz has received the status of an official international holiday of the United Nations.

“This is a joint achievement of Azerbaijan, our traditional friends, partner countries, and our closest neighbors. Novruz has great cultural and spiritual significance, power, and message. Novruz is a factor uniting countries, peoples, nations, societies. Novruz is already a dimension, an aspect of cultural diplomacy. The lands of Azerbaijan occupied for many years have been liberated for 2 years now. Our Novruz bonfires will remain in Shusha, on the Dzhidyr plain. The famous Yalla dance and our other national songs and traditions will be demonstrated in Shusha, Fuzuli, Aghdam, Jabrayil,” he added.

Traditional costumes reflecting the centuries-old culture of the Foundation’s member and observer countries were demonstrated to the sounds of national music.

Furthermore, the guests participated in egg-cracking, which is one of the symbols of the holiday, and the Novruz bonfire was lit as well.

Initiated in 2012, Turkic Culture and Heritage Foundation focuses on preservation of Turkic heritage in member countries as well as conducting projects in collaboration with partners in third countries.

The Foundation provides assistance in the protection, study and promotion of Turkic culture and heritage through supporting and funding various activities, projects and programs. It carries out its activities in cooperation with TURKSOY and the Turkic Academy.

The organization was established by the Nakhchivan Agreement, which was signed at the Turkic Summit in 2009.

In order to fulfill the objectives and tasks of the CCTSS, the organization has been divided into the following structures: Council of Heads of States; Council of Foreign Ministers, Senior Officials Committee, Council of Elders, Secretariat, Coordination Committee, Representation Office of the Turkic Council in Budapest. 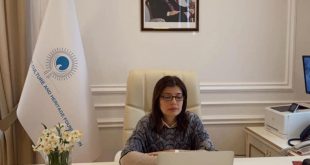