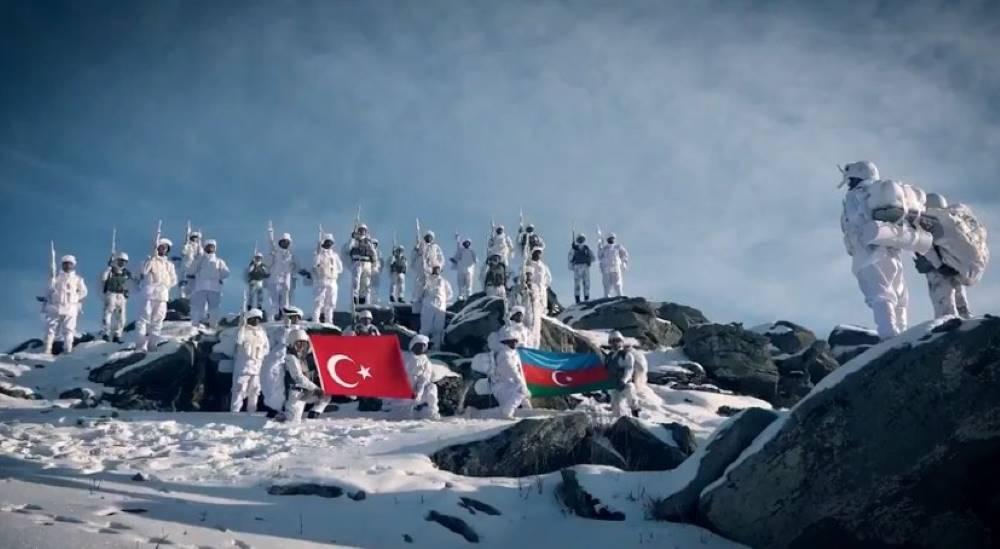 The Turkish National Defence Ministry has published new video footage of the Joint Winter Exercise – 2021, held in Kars with the participation of servicemen of units of the Separate Combined Troops Army of Azerbaijan’s Nakhchivan Autonomous Republic.

“Our brave Special Forces are ready for the Distinguished Visitors Day to be organized as part of the Winter Exercise-2021 held jointly with fraternal Azerbaijan,” the ministry said on its official Twitter page.

It should be noted that the Distinguished Visitors Day will be held today within the scope of the exercises.

The Winter Exercise 2021 is held with the participation of the Turkish Armed Forces and units of the Separate Combined Troops Army of Azerbaijan’s Nakhchivan Autonomous Republic.

The Turkish-Azerbaijani joint tactical Winter Exercise – 2021 started in Kars on February 2 and will end on February 12.

In early September 2020, Azerbaijani and Turkish land and air forces held large-scale joint military exercises in Nakhchivan under the bilateral agreement on military cooperation with the participation of the land forces and air force of the two countries. The first stage of the Azerbaijani-Turkish joint large-scale tactical exercises was held on July 30, 2020.