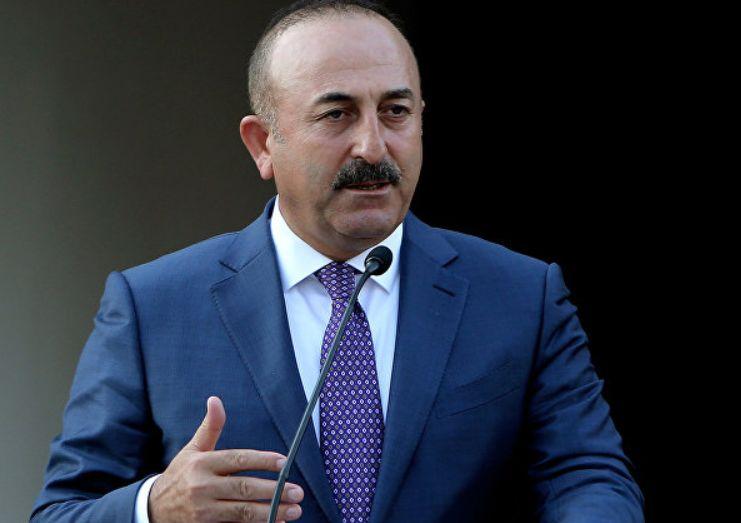 He made the remarks in an interview with Russia’s 24 TV channel on December 17.

“The Armenian side has recently violated the ceasefire regime. Azerbaijan opened return fire. But there is also Russia’s responsibility because in accordance with the trilateral declaration on the ceasefire and cessation of hostilities, Russian peacekeeping forces are present there. Russia must suppress ceasefire violation,” Cavusoglu said.

He added that Turkey will take the necessary steps to ensure the sustainable ceasefire in the Nagorno-Karabakh region.

“The negotiations on the issues related to the observation posts are currently underway with Azerbaijan. We will create this center soon. We will also take the necessary steps to ensure the sustainable ceasefire. It is advisable to do this quickly,” the Turkish foreign minister stressed.

He noted that the memorandum signed between Turkey and Russia clearly states that Turkish observation posts in Karabakh to control the ceasefire will be located in spots defined by Azerbaijan, that is in Aghdam region.

Cavusoglu also spoke about Turkey’s term for opening borders with Armenia, saying that it will depend on the correct and effective operation of the process in Nagorno-Karabakh. He said that opening borders with Turkey and restoring trade relations will be more beneficial for Armenia and the Armenian people.

“Armenia has not had many problems with Iran, and I do not want to comment on whether how healthy its relations are with Georgia or not. However, the closure of the borders with Turkey and Azerbaijan has damaged the Armenian economy. The Armenian people have really suffered economically at the cost of occupying another country’s territories,” he said.

The Azerbaijani Defence Ministry reported on December 16 that some 136 servicemen of the turkish armed forces had arrived in Azerbaijan to help with demining in the recently liberated lands. The first group of Turkish sappers arrived in early December.

Turkey’s Vice President Fuat Oktay said in late November that Turkish soldiers would begin their missions in Azerbaijan under a bill recently adopted in the Turkish parliament. The Turkish military servicemen will operate within the Russian-Turkish joint monitoring centre in Nagorno-Karabakh for one year.

On November 10, Azerbaijan and Armenia signed a Russia-brokered agreement to end fighting in Karabakh and work towards a comprehensive solution.