Home / Politics / Turkish Foreign Ministry: French Senate’s call on Azerbaijan to withdraw from its own lands is ridiculous

Turkish Foreign Ministry: French Senate’s call on Azerbaijan to withdraw from its own lands is ridiculous 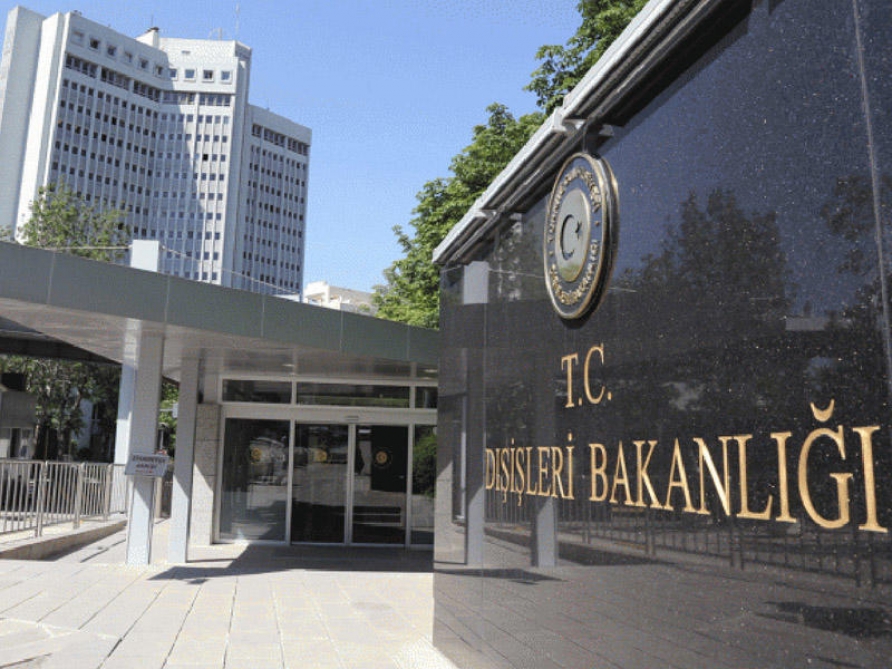 A recent motion passed by French lawmakers calling on Azerbaijan to withdraw from the Nagorno-Karabakh region, which Baku had liberated from occupation, is “ridiculous, biased and far from reality,” Turkey said on Thursday, according to Anadolu Agency.

“The resolution adopted yesterday by the French Senate on the Nagorno-Karabakh dispute is a case in point that disregards the most basic principles of international law, legitimacy and equity for the sake of domestic political concerns,” Turkey’s Foreign Ministry said in a statement.

The ministry also “completely” objected to the “unfounded allegations raised” against Turkey in the French resolution.

Recalling France’s position as co-chair at OSCE Minsk group, the statement said the French Senate’s resolution was “a clear indicator” of why the group had been unable to find a solution to the long-standing conflict, as well as of its “biases” on the matter.

Citing the Armenian army’s “aggression and provocations” it exhibited first in the Tovuz border area and then in Nagorno-Karabakh, it said: “Azerbaijan gave the necessary response and restored its territorial integrity by liberating its lands that had been under occupation for nearly 30 years.”

The Azerbaijani army’s triumph on the ground was a “materialization” of the rights that were noted in the Minsk process — of which France is also co-chair — but were not actualized, added the ministry.

“The relevant UN resolutions order the immediate and unconditional withdrawal of the Armenians from the occupied Azerbaijani territories,” it added.

“Yet, the French Senate’s call on Azerbaijan to withdraw from its own lands, which it liberated from the occupation, is a manifestation of a ridiculous, biased and far from reality understanding that cannot be taken seriously. This decision lacks common sense, which cannot be explained by any reasonable justification, and also limits the ability of France to contribute in real terms to the solution of the issue,” the statement noted.

Turkey further called on France to adopt an “objective and unbiased perception” of Turkey’s actions in its surrounding region while refraining from making “extremely erroneous references to history or irrelevant issues” for the sake of bilateral relations.

It also urged France to embrace a “constructive attitude” towards the outcome of the Azerbaijan-Armenia conflict that has been ongoing for almost 30 years. “For this, it will be sufficient to make an effort to reach a permanent solution in accordance with international law based on the existing realities.”

The statement also conveyed Turkey’s readiness to work together with other partners, including France, to find “a sustainable peace that would contribute to regional peace and stability.”

Previous Presidential aide: French Senate Karabakh resolution “nothing but a piece of paper”
Next Turkey, Tunis and Iran were Azerbaijan’s major trading partners among OIC countries in January-October 2020