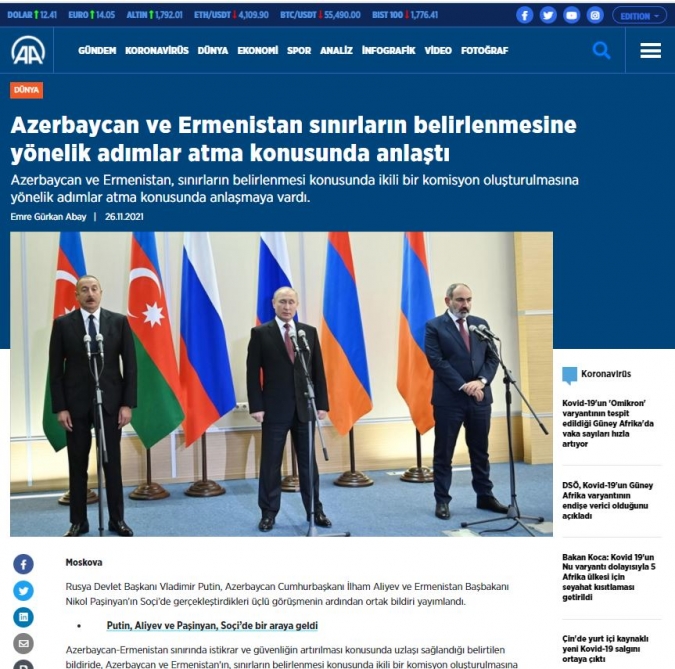 The Turkish media have widely covered Azerbaijani President Ilham Aliyev`s working visit to Sochi, his bilateral and trilateral meetings there, as well as the Statement signed by the President of Azerbaijan, the Prime Minister of Armenia and the President of Russian Federation.

The articles and reports provided insight into the causes of the past conflict, the new geopolitical situation that has emerged in the region, the measures taken for the normalization of relations between Armenia and Azerbaijan, as well as key points from the speeches of heads of state and government.