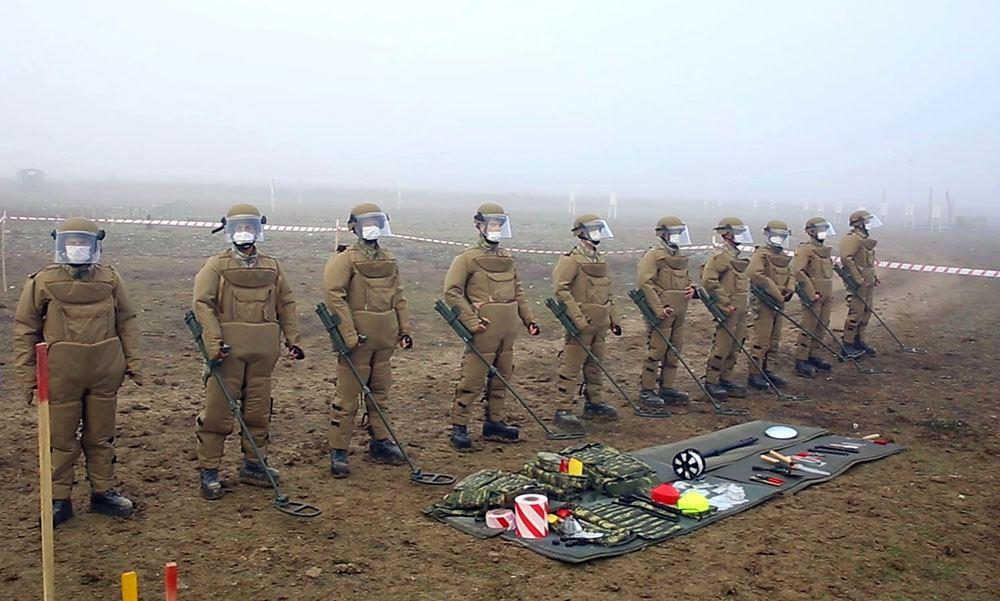 The Defence Ministry has said that a group of Turkish demining experts have started training Azerbaijani servicemen in the country’s specially designed engineering towns.

In mid-December, 136 servicemen of the Turkish armed forces arrived in Azerbaijan to help with demining on territories recently liberated from the Armenian occupation lands. The first group of Turkish sappers arrived in early December.

“A group on the clearance of mines of the Turkish Armed Forces conducts training on the fulfillment of engineering support tasks in the specially designed engineering towns in our country. During the training, sappers conduct terrain reconnaissance, fulfill training tasks on the detection and disposal of mines using special equipment and specially trained dogs,” the ministry said.

After the completion of the preparatory training, the Turkish specialists will be involved in the process of demining Azerbaijan’s liberated territories, the ministry said.

A Moscow-brokered ceasefire deal that Baku and Yerevan signed on November 10 brought an end to six weeks of fighting between Armenia and Azerbaijan. The Azerbaijani army declared a victory against the Armenian troops. The signed agreement obliged Armenia to withdraw its troops from the Azerbaijani lands that it has occupied since early 1990s.