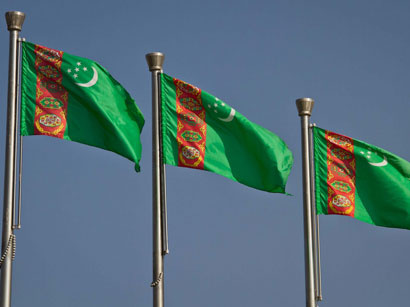 A meeting with the Special Representative of the European Union for Central Asia, Peter Burian, was held at the Ministry of Foreign Affairs of Turkmenistan, Trend reports referring to the Turkmen foreign ministry.

The parties discussed the initiatives of Turkmenistan and Romania on the construction of the “Caspian Sea-Black Sea” transport-transit corridor through the “Turkmenistan-Azerbaijan-Georgia-Romania” route, the report states.

Romania presides over the Council of the European Union for the first half of 2019.

Earlier, it was reported that Ashgabat and Bucharest had agreed on intensifying political and diplomatic efforts for potentially inking a political declaration on the creation of a transport and transit corridor connecting the Caspian to the Black Sea.

It is expected that Constanta may become a transshipment point of goods transported from the Turkmen port of Turkmenbashi to the EU, as well as from Kazakhstan and Uzbekistan in the context of ensuring the access of goods from Turkmenistan and other Central Asian countries to European markets.