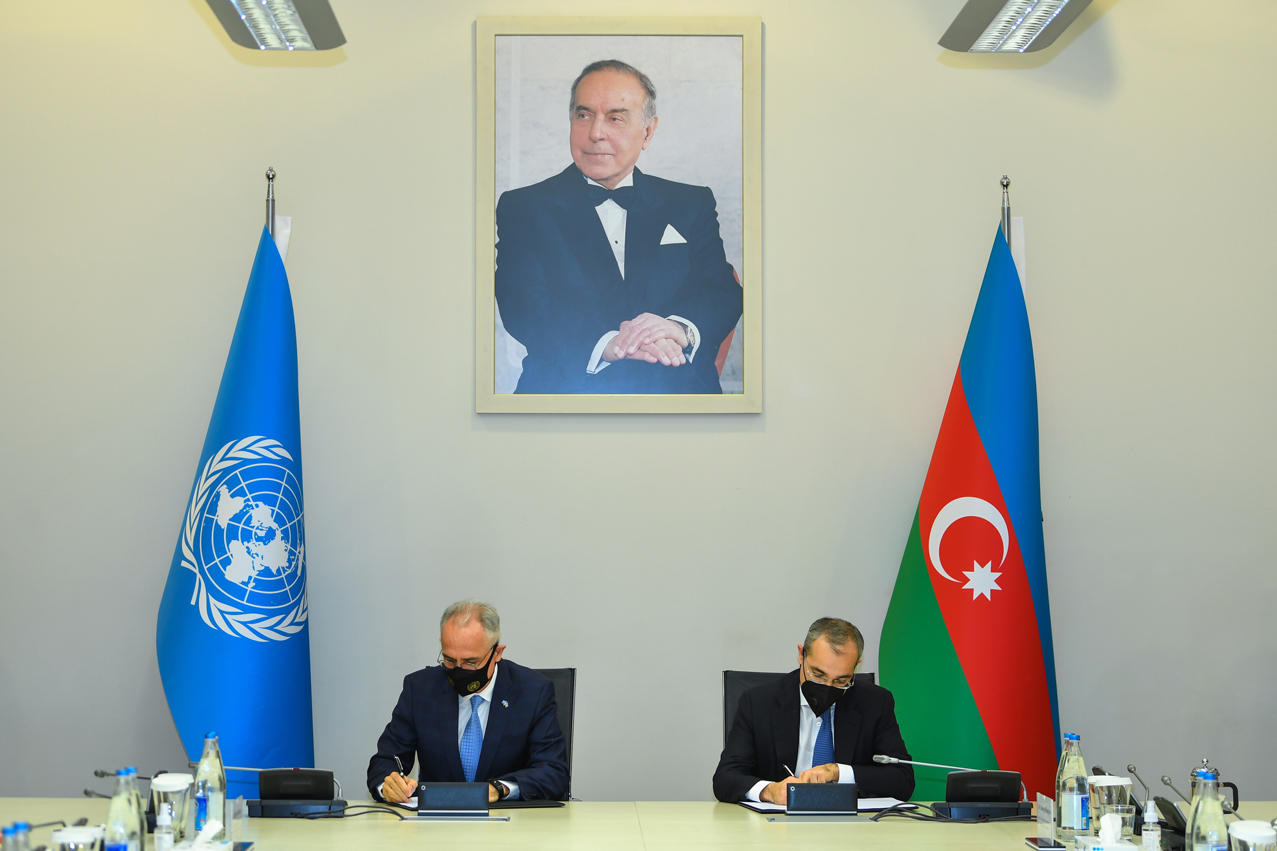 Azerbaijani and the United Nations have signed a Sustainable Development Cooperation Framework (UNSDCF) for 2021-2025, the Economy Ministry’s press service has reported.

The document was signed between Azerbaijan’s Economy Minister Mikayil Jabbarov and UN Resident Coordinator in Azerbaijan Ghulam Isaczai on March 1.

The Cooperation Framework, fully compliant with the Sustainable Development Goals (SDGs), is based on the principles of human rights, gender equality, sustainable development, resilience and responsibility, including the priorities of socio-economic development, and will cover entire Azerbaijan’s territory.

Speaking at the signing ceremony, Economy Minister noted that Azerbaijan effectively cooperates with carious specialized UN agencies. He added that as part of such cooperation a number of documents have been signed, and joint projects were implemented.

Moreover, the minister noted that the Cooperation Framework will contribute to the implementation of the 2030 Agenda, ongoing reforms and implementation of projects, the development of human capital within the “Azerbaijan 2030: national socio-economic development” program.

Jabbarov also stressed the importance of cooperation with specialized UN agencies in the framework in ensuring the great return to the liberated territories, stating that the relevant steps have been already taken in this direction.

In turn, UN Resident Coordinator in Azerbaijan underlined that the main goals of the Cooperation Framework are to transform the economy, meeting the needs of vulnerable groups of population, minimize the impact of the COVID-19 pandemic and eliminate the consequences of the Armenian-Azerbaijani conflict, emphasizing the role of the document in accelerating the implementation of the SDGs.

The document signing was followed by a meeting between the minister and resident coordinator, at which the parties discussed the cooperation with specialized UN agencies.

The UNSDCF is the fifth UN-Azerbaijan cooperation framework and is based on an analysis of Azerbaijan’s progress towards the 2030 Agenda for Sustainable Development. The implementation of the Cooperation Framework puts the UN development system reform into practice, emphasizing transparency, accountability and joint action in the delivery of all development results.