Home / Politics / US to provide more mine detection dogs to Azerbaijan

US to provide more mine detection dogs to Azerbaijan 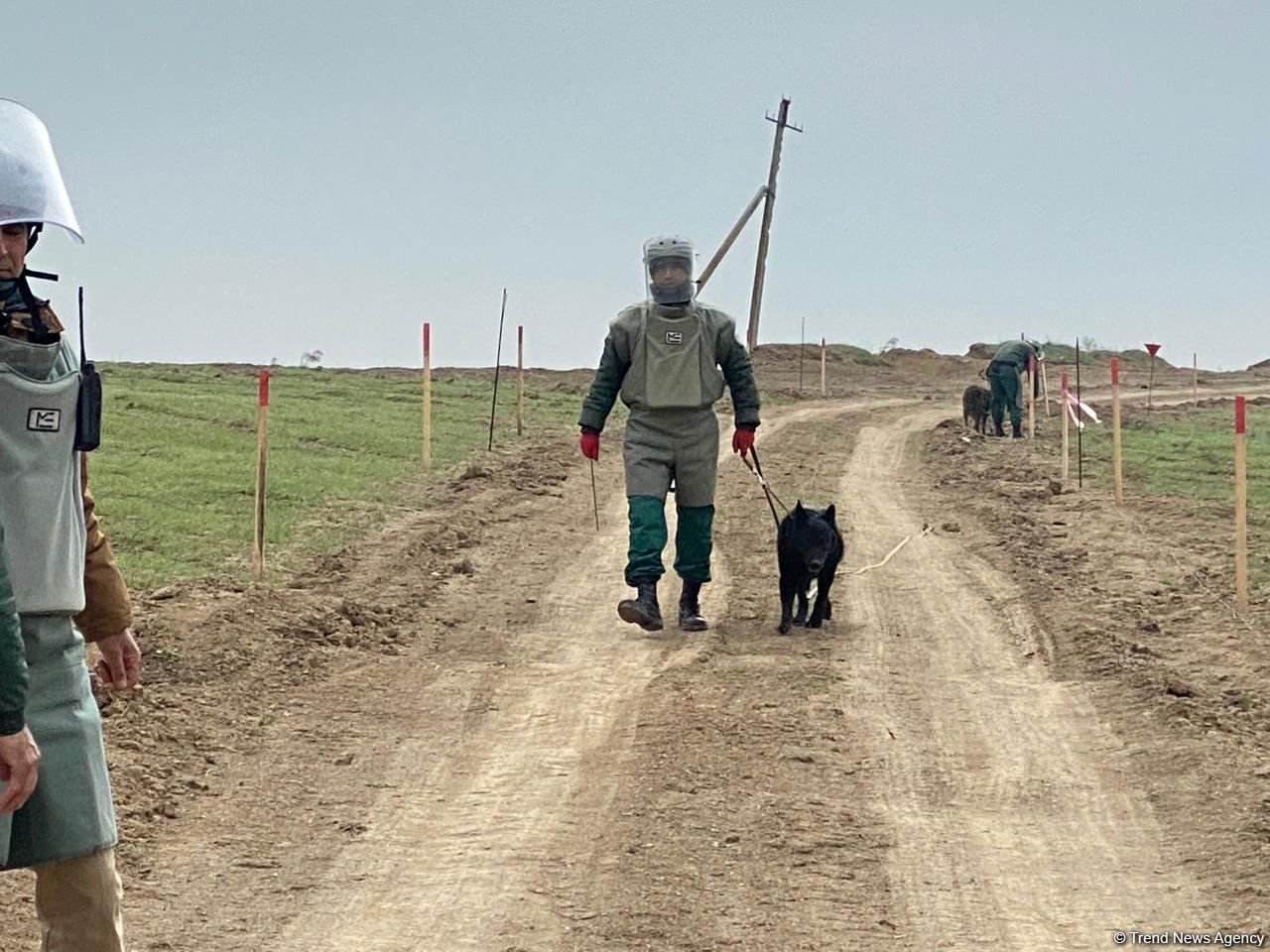 The US Marshall Legacy Institute (MLI) will provide more mine detection dogs to Azerbaijan, Azernews reports, citing the Azerbaijani Mine Action Agency (ANAMA).

The relevant agreement was reached between the agencies as part of the ANAMA Chairman Vugar Suleymanov’s visit to the USA.

During the meeting between the ANAMA delegation and the MLI officials, the sides exchanged views on further long-term successful cooperation, as well as agreed on sending an additional number of specially trained demining dogs by MLI to support the humanitarian demining operations conducted in Azerbaijan. The organization expressed satisfaction with the long-term successful cooperation with ANAMA.

Moreover, the delegation led by Suleymanov held a series of meetings with relevant organizations operating in the United States. Along with a meeting with leading congressmen held in the US Marshall Legacy Institute, Suleymanov also met with the representatives of Mines Advisory Group America as well as, the Defense Security Cooperation Agency of the Department of Defense, the World Bank, the US State Department, and the House of Representatives.

During the meetings of the delegation with the US State Department, the leaders of the House of Representatives and congressmen, Suleymanov briefed the opposing party on the huge pollution of Azerbaijan’s liberated lands with explosive devices, as well as their impediment to reconstruction activities and the return of former IDPs.

The meeting also addressed the question of boosting the United States’ existing support for humanitarian demining operations in Azerbaijan.

At the meeting with representatives of the American Mine Advisory Group, ideas were exchanged on the expansion of existing cooperation, including the testing of new innovative technologies and equipment in Azerbaijan.

During the delegation’s meeting at the World Bank, interest was expressed in utilizing ANAMA’s valued expertise in other impacted countries, as well as giving possible support to the Agency’s demining activities.

The coordination and management model implemented by Azerbaijan in the field of restoration and reconstruction was discussed in detail, and its dynamic and efficient activity was underlined.