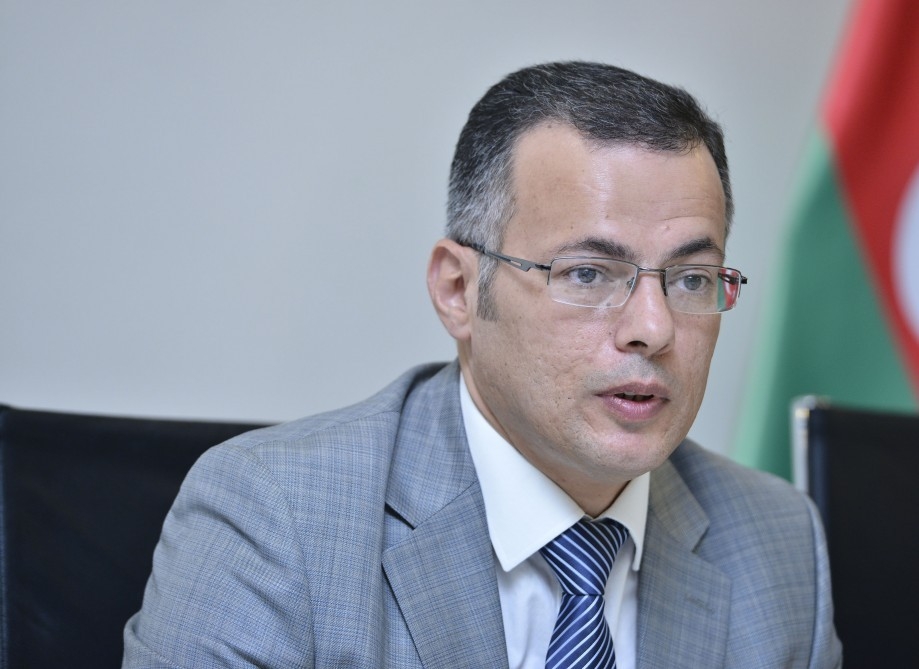 “On November 18, a group of senators under the influence of the Armenian diaspora and the lobby submitted a draft resolution No. 145 on “The need to recognize the Nagorno-Karabakh Republic” to the Presidium of the French Senate. After the discussion, it was adopted on November 25. The resolution adopted under the influence of the Armenian lobby also shows that new realities in the region are not accepted,” said Executive Director of the Center for Analysis of Economic Reforms and Communication of Azerbaijan Vusal Gasimli.

Vusal Gasimli noted that positive dynamics have been observed in the trade turnover between Azerbaijan and France. “In 2019, exports from Azerbaijan to France increased by 21.5 percent compared to the previous year, and imports by 37 percent. France, with a share of 4 percent ranks 11th among the countries to which Azerbaijan exports. With a share of 1.83 percent it also ranks 12th among the countries from which Azerbaijan carries out imports. The products that Azerbaijan imported from France in 2019 include trains, railway and metro equipment, essential oils, perfumes and cosmetics, medicines, nuclear reactors, electrical equipment, cars, furniture, lighting products, etc. By its decision, taken under the influence of the Armenian lobby, the French Senate weakens the positions of its companies in Azerbaijan. Besides, the same senators receive salaries from taxes paid by French companies, which annually sell products worth 200-300 million dollars in the Azerbaijani market, participate in tenders worth billions of dollars. Thus, it turns out that the French Senate is busy cutting down the branch on which it sits. It is hard to understand the senators who create difficulties for French companies in Azerbaijan and Turkey with consumer market of 10 million and 83 million, respectively. Such French companies that sell their products in the Azerbaijani market, such as Michelin, Renault, Citroen, Peugeot, Tefal, Loreal, Dior, Lancome, Yves Saint Laurent, Louis Vuitton, Lacoste, Chloe, Chanel, Nina Ricci, Cartier, Givenchy, Garnier, Danone, Activia, President, Perrier, Evian, Elle & Ville, Doux must explain to the Senate that they pay tax to the French budget for the sake of the interests of their country, and not of Armenian fanaticism.”

Vusal Gasimli said that the French company Total has a 5% share in the Baku-Tbilisi-Ceyhan project and 50% in the offshore territory of Absheron. “The French company Total participates in oil and gas projects in Azerbaijan and Armenia targets these projects and organizes missile attacks. Total should explain to the French parliament and government that France’s multibillion-dollar investments in Azerbaijan are threatened by Armenia. In July of this year, Armenia attacked not only the territory of Tovuz, but also the Baku-Tbilisi-Ceyhan project, in which Total is a shareholder. Azerbaijan protects from Armenian fascism not only the integrity of its territory, but also the infrastructure that is important for the energy and transport security of Europe. Was that the reason why the French Senate passed a resolution? So why does France, trying to present itself as a political leader in Europe, displease Azerbaijan, which plays a significant role in the energy and transport security of Europe? The creation of tension in the South Caucasus is contrary to the vital interests of France and Europe,” he said.

Gasimli also noted that the French Senate’s decision, which does not possess legal force and the ability of real influence, opposes the national interests of France. “If France does not want to lose its influence in the region completely, it must correctly regulate its relations with Azerbaijan – a geostrategic player in the South Caucasus. Azerbaijan is the main guarantor of peace and security in the South Caucasus. If France’s interests in this region are also related to peace and security, then the only solution for it is the cooperation with Azerbaijan. Otherwise, France will be the losing party. France should not sacrifice its national interests to Armenian patronage,” he added.