Home / Economy / “WHITE GOLD”: THE COST OF THE ISSUE

“WHITE GOLD”: THE COST OF THE ISSUE 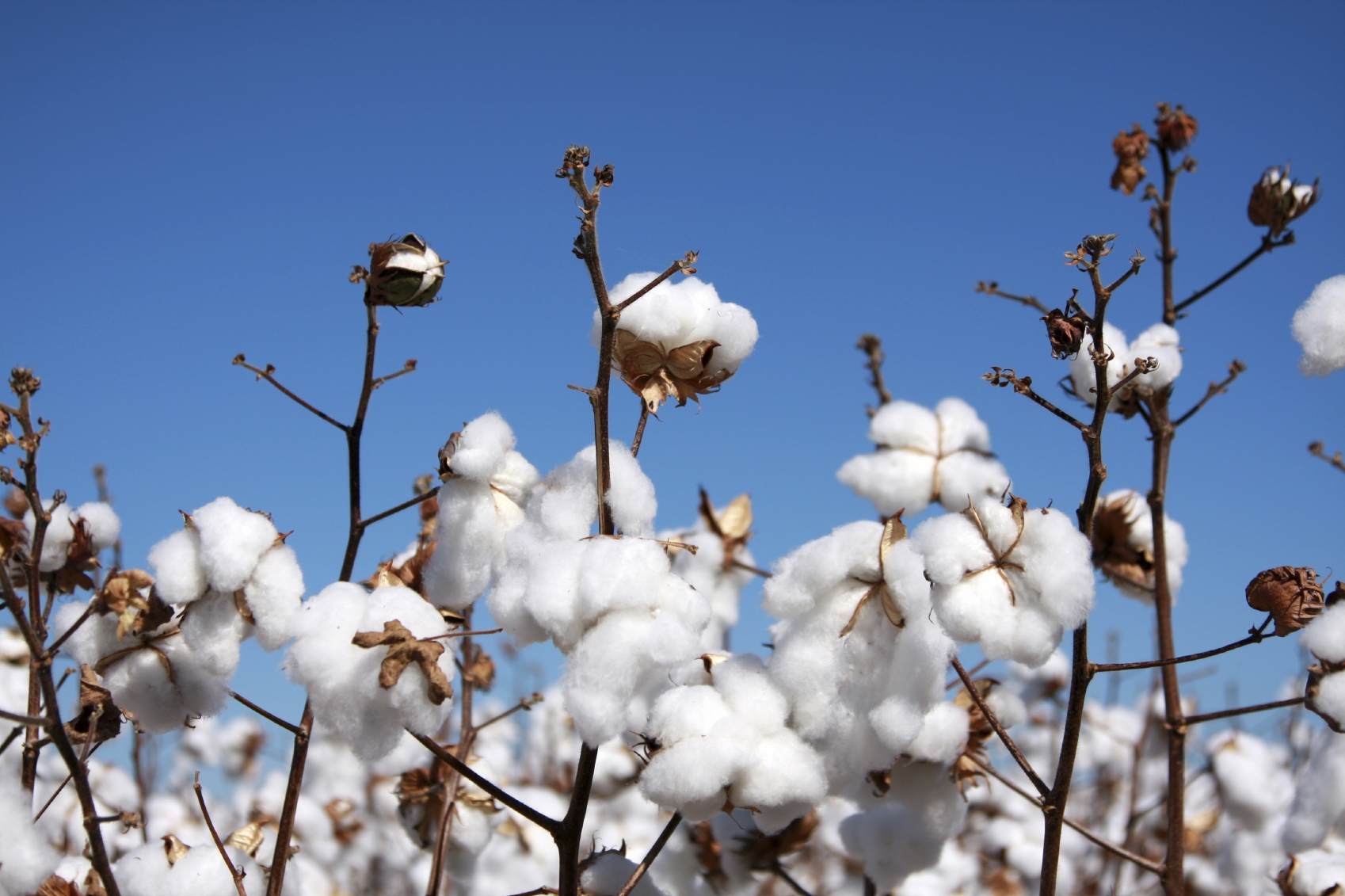 The government intends to support cotton-producers with soft loans and increased technical support.

Once well-developed, in recent years cotton-growing has become an outsider within Azerbaijani agriculture. Loss of interest from farmers and omnipresent reduction in the area under cultivation are due to processing plants’ low procurement prices. Also contributing to the sector’s regression are field cultivation expenses and the increasing cost of labour. However, the global trend for a certain price increase for raw cotton, as well as the government’s plans to support cotton-growing, leave some hope that the sector will get a second wind.

For the last decade the dominant trend in the world market was for the price of raw cotton to fall, which kept domestic purchasing prices fairly low. This was the primary reason farmers in the Aran Valley lost interest in growing the region’s traditional crop – cotton.

The overwhelming majority of farms do not have the technical or financial resources for the independent sowing, cultivation, and gathering of cotton. In each of the last few years the industry kept afloat thanks to processing companies, who as an advance gave farmers equipment and the necessary materials – seeds, fertilizer, and pesticides – as well as interest-free loans. The rural farmers paid them back with their harvest, giving it at fixed prices to the company with which they signed the contract. This not entirely market-based system was comparatively effective from 1995 to 2007. However, due to increased rates on basic energy sources and water, and a relative increase in the cost of labour, the cost of work in cotton-growing, an energy-intensive type of farming, grew so much that it was not always possible to cover the cost with the loans of cotton-processors and to maintain an acceptable level of profitability. For this reason a considerable number of farms in the Aran region decided to sow their plots with other crops instead – grain, sugar beets, alfalfa, clover, which brought in greater income when compared to cotton.

Comparative statistics from the decade illustrate this process most clearly. In 2005, a telling year, the area of land given over to the cultivation of cotton exceeded 112,000 hectares, and the harvest totalled slightly less than 197,000 tonnes. Notably, in the subsequent period this figure could not be exceeded – quite the opposite, the area given over to cotton cultivation decreased each year, and the volume of the harvest decreased accordingly. Overall in 2015 the area given to cotton cultivation decreased to 18,800 hectares, and the harvest barely amounted to 35,000 tonnes. This is 14.6 per cent less than in 2014, and is the lowest figure for cotton production since 2010.

Renewing the interest of rural farmers in cotton-growing failed in large part due to comparatively low procurement prices, which had remained almost the same over the foregoing years. Whereas about ten years ago processing factories purchased first-rate raw cotton at 0.3 manats per kilogram, today these rates vary from 0.36 manats per kilogram of fourth-rate raw cotton to 0.42 manats for first-rate cotton. Clearly the prices today do not suit farmers when one considers the increased costs of agrarian production.

The problems of cotton-growers and ways out of the industry’s crisis were the subject of discussion at a recent conference dedicated to the results of the second year of the State Program for Social-Economic Development of the Provinces in 2014-2018. Those at the Ministry of Economics reported that the government is preparing a plan of action to provide additional support to the sector. Farms involved in cotton-growing will be given financial support to buy seeds and fertilizer and agricultural technology work will be carried out. The government’s technical and financial aid will be rendered through Agrolizing and the National Fund for the Support of Entrepreneurship (NFPP).

There are plans to increase the amount and payment deadlines of credit given to farmers and processing plants. Loans to farmers will be given for a comparatively long period – three years or more. This way the period from sowing to harvesting of the final product will be covered, and a part of the unspent sum used in the following year. The Ministry of Economics noted that the cotton industry has been given credit in the past as well, but from now on the volume of financing will increase substantially. There are plans to increase the value of loans to processing plants: cheap and long-term loans will allow companies to decrease their expenditures on processing, and allocate a part of the funds to finance farmers’ expenses at harvest time. A similar practice has existed for many years now, but whereas earlier plants covered on average no more than a third of farmers’ costs, now changes in the credit system will allow factories to pay a large part of cotton producers’ expenses beforehand, signing contracts to buy a large volume of the harvest. The government is counting on increased financing to the industry to stimulate farmers and processors to increase the area of land devoted to cotton cultivation and decrease production costs.

It appears that the government’s efforts have not gone unnoticed by large companies involved in the cotton industry. Recently CTS AQRO LLC announced plans to sow no less than 12,000 hectares of land plots in 14 of Azerbaijan’s raions with cotton in 2016. With the financial support of the non-banking credit organization Aqrarkredit, company CTS-AQRO will give farmers growing cotton soft advance loans at a 6 per cent rate. Additionally, a premium will be given to suppliers of high-quality cotton who pay off their loans on time, are willing to gather the majority of the raw crop in September and October of 2016, and provide high harvest yield figures – more than 20 centners per hectare. Additional sums of from 15 to 50 manats will be paid to farmers for each tonne of raw cotton, growing in proportion to increased harvest yield from 21 centners per hectare to 45 centners per hectare.

Such efforts on the part of processing companies are extremely important since low productivity and modest harvests are the most pressing issues in Azerbaijani cotton-growing. In the past year the average harvest yield in Azerbaijan was 18.7 centners per hectare, which is slightly over two-and-a-half times lower than the figures in world centres for cotton cultivation – the United States, India, Pakistan, and the countries of Central Asia. By comparison, in 2014 only Yevlax and Barda Districts were able to provide comparably high cotton harvests – 34.1 centners per hectare and 30.7 centners per hectare, respectively.

Such a striking difference is not surprising, since cotton-growing is a fairly cost-intensive branch of agriculture. To increase harvest yield farmers must improve irrigation, deliver the necessary volume of pesticides and fertilizer, as well as buy additional harvesting equipment, which will help lower the share of now more expensive manual labour. It is just as important to improve work on breeding. Today fields are largely sowed with local sorts of cotton – Azinkhi-195, Ganca-8, Ganca-217, etc., while among foreign sorts Ak Kyzyl is widespread. The time taken by the process of vegetation for plants grown by local plant-breeders is approximately 105 days, and the maturation period of foreign sorts exceeds 160 days. Later-maturing foreign sorts of cotton are subject to a high risk of quality loss during the period of frequent autumn rains. Accordingly, organizations that carry out plant-breeding will have to intensify work on crop zoning of imported sorts that are more productive, more drought-resistant, and more disease-resistant, and on developing sowing and tending methodologies that can reduce the maturation periods of cotton plants.

At the same time it is crucial that low procurement prices for raw cotton, the main impediment to industry growth, be overcome. This issue was raised by farmers at sessions of a recent regional conference, and today the government is looking at options to resolve the issue. “Local companies that procure raw cotton will have to take into account the change in world prices for cotton and the devaluation of the manat when establishing procurement prices. In this connection we are holding discussions with our processing facilities with the goal of finding the optimal rates for raw cotton procured from farmers,” stated Minister of Economics Sahin Mustafayev, who spoke at the conference “Azerbaijani-Turkish Experience in Developing Promising Areas of Agriculture.”

It is quite obvious that the issue of procurement prices is directly tied to the situation with world markets, where lately a tendency for gradual growth of raw material prices has become apparent. In 2015 world prices for cotton grew by 2.6 per cent and at the end of December stood at 62.96 centners per pound. Although the observed increase is not significant, the given trend radically differs from the situation in past years, when the market bet on lowered prices. In the coming months the economic situation in China, the largest producer and consumer of cotton, will influence world prices. A certain hope is given by predictions for 2016: the largest producers – India, the United States, and Pakistan – have been decreasing cotton-production since 2014. With this in mind in December American market regulator, the USDA, lowered the forecast for global production for the 2015/2016 season from 112 to 103.7 million bales of cotton. A number of experts believe that decreased production and warehouse reserves will have an unavoidable effect on the growth of exchange prices on cotton fibre by the middle of this year. We can only hope that the growth of world cotton prices will be sufficiently great to allow Azerbaijani cotton-processors to increase domestic procurement prices.

Another crucial direction must be the reduction of farmers’ and processors’ vulnerability to fluctuations in world prices through the creation of a closed circuit from the cotton field to final product which will, without a doubt, make the industry highly profitable. This process, though very slow, is continuing. Whereas a few years ago the lion’s share of the exports of Azerbaijani cotton-processing plants was made up of raw cotton, today the country is creating a complete processing cycle – from raw cotton to finished cotton thread and cloth. By the initiative of a number of local companies a series of textile factories were built in Baku and Saatli District. Rather recently in Sumqayit a textile park and sewing factor began operations.

Such measures are extremely important since, unlike the export of raw cotton, the sale of products with high added value – cotton yarn, fabrics, and finished products – could greatly increase average profit.

Previous BANKING REFORM
Next HOPING IN THE PRIVATE SECTOR 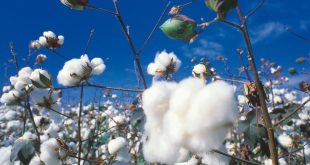