Home / Politics / Why do we need global governance?

Why do we need global governance?

Garrett Hardin already once stated that people had to live their tragedy of commons. “Each man is locked into a system that compels him to increase his herd without limit – in a world that is limited.” (Hardin, 1968) As every individual in one society is doing to increase his or her herd, thus each country is compelled to this system. Hardin’s statement refers not only individuals in a society but also to whole country in the world today we are living. Humans from different countries do business in different places, they migrate, export, import, cross their borders and interact new cultures, new lives. This was the result of globalization that we already don’t consume what we have but consume each other’s. Of course, Ken Conca highlights the problems that came out with globalization, but the problem is that who should be responsible to deal with the global environmental problem from now on. (Conca, 2006) All countries share one common air, one common land, even I would say that, their water and forest resources are common considering that environmental impact is quite wide. Nevertheless, countries can put borders to water, forest, land resources, but they cannot put border to climate change impacts. I would call that tragedy of commons, but in that moment, countries not individuals.

There is no government for the world. However, considering that globalization brought huge change to the world: international transactions, cross-border activities, etc. Tragedy of commons makes the establishment of world governance indispensable.  Some countries, populations in the world even don’t have access of these commons, such as water and food. There is imbalance of consumption, which causes environmental changes. (UN, 2009) Thus, countries need “invisible hand” to direct them to a right way. Therefore, different world organizations, international organizations established. Actors, such as private businesses, NGOs, non-profit organizations also contribute to this system, not only national governments. They come together in different international organizations, treaties, regimes and sit to table to help each other. Global governance is help to countries to determine where the planetary boundaries end, when they should stop limitless consumption rates and how to balance environmental changes around the globe.

I personally think that, there were many things that stakeholders of this global governance were able to resolve in environment. However, there are also gaps in global governance that still seek to be solved. As usual, there are many agreements behind tables, but there are also many contradictions in this system. While seeking their profit maximization, many countries become part of organizations dealing with environment issues. (UN, 2009) The story of global governance remains unfinished. It is messy, untidy and incoherent with many different cultures, new actors, and contradictory mechanisms often moving different places to different directions. (UN, 2009) The essential challenge remains that whom central authority belongs to, who is central actor, who should be commander in this new way. Probably, we need decades to answer or to know answers to these questions. However, we are definitely sure that as global governance is inevitable tool in century of globalization.

Previous What is Sustainability?
Next General Information about Azerbaijan 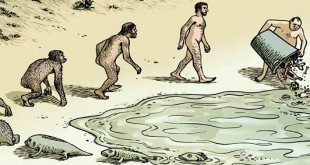 Human Progress from hunting and gathering to commercial agriculture

How important is an active civil society for a well-functioning democracy?