Home / featured / Will pension reforms cause teacher shortage at Azerbaijani schools in Georgia?

Will pension reforms cause teacher shortage at Azerbaijani schools in Georgia? 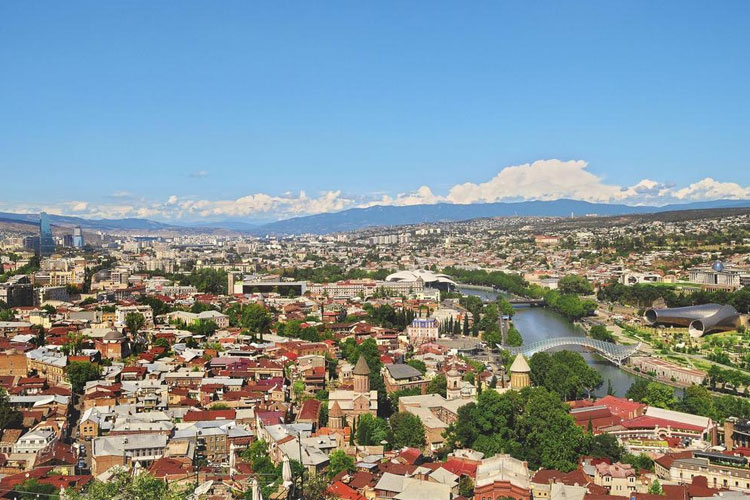 According to the document, school teachers who reach pension age can retire based on their own will after receiving lump-sum allowance. This allowance is defined in the amount of 24 times of their last salary, which is the sum of their salary for the next 2 years. Furthermore, according to the document teacher who retire will permanently keep their medical insurance.

Deputy Minister of the Georgian Ministry of Education, Science, Culture and Sports Irina Abuladze in her statement she made on July said that approximately 6000 teacher applied for lump-sum allowance for retirement. She stated that first stage of the payment of the allowances will begin on August-September. Second stage is planned for end of the current and beginning of the next year.

Kamran Ramazanli, Researcher on Caucasus told APA that implementation of the new rules could cause acute shortage of teachers at the Azerbaijani schools of Georgia. According to him, educational problems of our compatriots in Georgia are not new:”During the collapse of the Soviet Union we had 183 Azerbaijani schools, 7000 teachers and about 50 thousand students at the Georgia. However, today we have 117 schools, 3628 teachers, about 26500 students. More than 2500 out of that 26500 students study at the Georgian sections. 80 percent of the teachers are pensioners. In soviet period, people used to come to Azerbaijan for going through educational process and then engaged in teaching. This process stopped after the collapse of the Soviet Union. After 1996, except Georgian language and literature and other 1-2 subjects, preparation of teachers stopped. There is no educational institution of this kind of preparation. One of the unfortunate cases is that in 40 out of 117 schools teachers who teach Azerbaijani language and literature are teachers of other subjects. As this is a critical situation it triggered us to ring an alarm cords”.

According to K.Ramazanli, deputy Minister of Education of Georgia has recently stated in the meeting that teachers of retirement age should be freed by paying lump-sum allowance: “For the reforms point of view, it can be evaluated as positive act, so naturally, teachers of the retirement age should be freed from work. These reforms would not create problems for the Georgian schools, it is their state and they are preparing their teachers. However, it will create problems for the ethnic schools, it had created problems for Armenian schools as well. According to the non-official information, Armenia allocated a quote for Armenian schools and university operates in the Georgian city of Akhaltsikhe for the preparation of teachers for their schools. Taking into consideration that 80% of our teachers are in their retirement age, the number of schools will drop from 117 to 50 in the next 2-3 years and the number of teachers will decrease by twice. We should solve this problem. Educational issue on our national schools is not just problem of the Georgian government. This problem should be solved by the Ministries of Education of both Georgia and Azerbaijan. The solution to this problem is to create a two-language pedagogical university in Tbilisi with the support of the Azerbaijani government – teaching in the Georgian and Azerbaijani languages, training pedagogical staff in accordance with the curriculum. Education in the university should be in both Georgian and Azerbaijani languages. Meanwhile, taking into account the shortage of teachers who teach Azerbaijani language and literature, Azerbaijani government should allocate study places at the Pedagogical University, with the condition that the students should study here and work there”.

“The teachers, who reach retirement age and want to work, should score 15 credit points”, Director of school situated in Kesalo district of Gardabani region of the Republic of Georgia Mahmud Mehdiyev told APA’s local buraeu.

“Teachers should take part in different trainings in order to score the one-time credit points. We have been informed on this issue beforehand. Scoring the credit points is not difficult, in fact. Some teachers thought that they would be compromised as there is shortage of teachers of in schools of which main academic language is Azerbaijani and could work without scoring 15. However, that didn’t happen. Some teachers approached the issue sensitively and they were just ready. One of exams has already been held for scoring credit points. Another one will be organized in November. We experience shortage of specialized teachers, for example Geography, Physics, Chemistry teachers are few”, he said.

Director of school, situated in Kirej Muganli district of Marneuli region Masim Ayvazov said there was not any teacher, left from Azerbaijani schools yet in their district: “2-3 people applied from every school. I have been working as a director for an half and a year and more than 20 young teachers adressed me for working as a teacher in this period. In our region- Sadakhli zone we have enough young specialists on every subject. Shortages may be experienced in small villages, but we have many young teachers. We have a lot of specialists studying in pedagogical institutions on different subjects. If some teachers, reached retirement age resigned, I would replace them with young staff. However, according to my information, some villages experience lack of Mathematics teacher. There may be problems in villages with few populations. We have problem with just Physics. One of our young studies on this field, after his arrival, the problem will be resolved.”

According to the director, reforms will positively effect education quality: “One of applied teachers is 81 years old, another one is 77. His energy is not the same with the young’s one. Persons, studying in Azerbaijan, may work as teachers in our schools. All teachers should be certificated now. Graduated people should attend one-year teaching courses in order to work as a teacher. It is essential to score at least 60 of 100 points to be accepted to the courses. Subjects exams are held in Azerbaijani language.”

Mr. Ayvazov stated that 5-6 teachers from the school, directed by him, have already scored credit points: “Exam is not difficult, a teacher should just prepare. The duration has been extended for us. Specialist teachers can easily score the point. Even one of teachers scored 100. At the moment some of our teachers are at school and preparing for exam in front of computers. If a teacher retires, we are responsible for the work of announcing a vacancy. We will primarily announce a vacancy within school. If there is not any appropriate candidate, vacancy can be filled with teachers from neighboring schools. In fact, we are not unsatisfied with retirement reforms, we considered it would pose many difficulties in local schools for the first times, but the situation was different. We did not expect so much compromise in the Azerbaijani language schools.”

Ayaz Khudiyev, the director of Public School N 1 of Sadakhlo village, Marneuli district of Georgia told APA’s reporter that once the teacher does not want to take advantage of the program, they can stay and work, but their positions will be vacanted: “If headteacher applies to that vacancy, in this case the teacher in the retirement age will be dismissed, and the head teacher be hired. But if there will not be any applies on this position, then that teacher in the retirement age can work at the school even until the end of his life. Some issues about reforms will be revealed in December, exactly.

Head of Marneuli District Education Department Kanan Omarov told APA’s local bureau that currently, he does not know the exact number of teachers those applied for schools: “Teachers are on a vacation at the present. It will be exactly revealed who wants to continue to work or not on the first stage at the end of August. According to my own opinion, after the retirement of some teachers, we will not meet with the teacher shortage problem. Anyway, how they say time will show. After the registration of dismissed the teachers’ vacancy will be announced for their position. I do not know whether to be cooperated with the Azerbaijani Ministry of Education or not on this stage.

Note that the retirement age in Georgia for men is 65, for women 60.