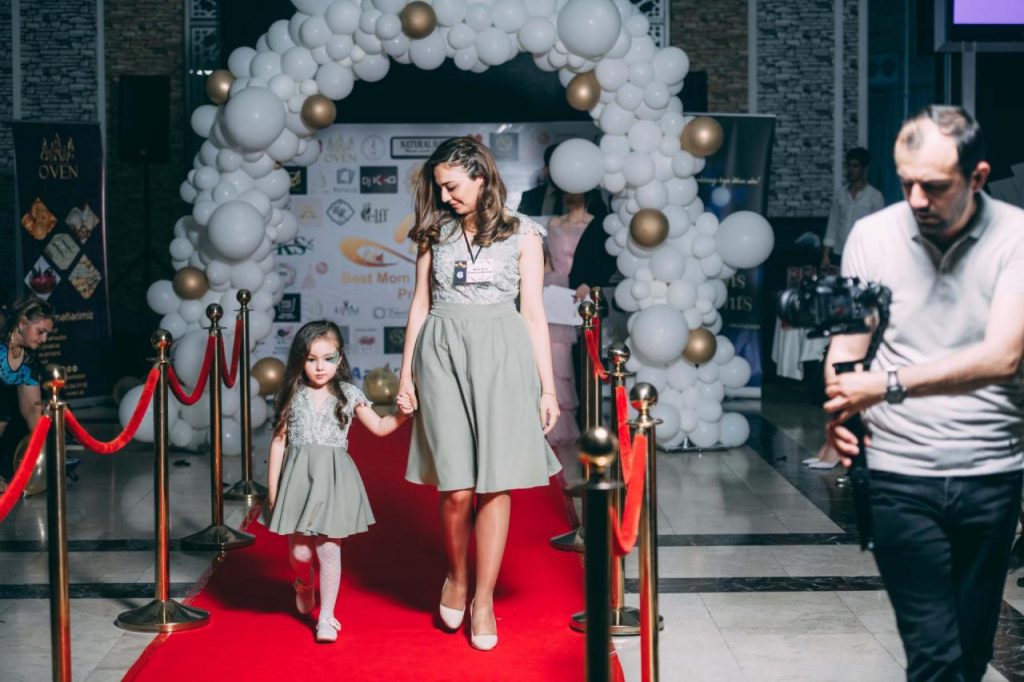 The event timed to International Children’s Day and World Parents Day was held for the sixth time with the assistance of High Life Fashion and Model, Trend Life reported.

Best Mom Prince & Princess offers a unique opportunity to demonstrate stunning fashion ideas. The project aims at development of fashion sense among parents and kids. The author and project manager is Gunay Veliyeva.

Families came out on the runway in specially tailored identical sets of clothes.

Three winners were awarded with valuable prizes, while the other participants received memorable gifts and diplomas.

In mother and daughter nomination, Sabina Ganiyeva and Sofia won the first place, Ayan Abutalibova and Marya were second, while Jamilya Melikova and Aliya became third.

In mother and son nomination, the first place went to Pervana Abbasova and her sons Huseyn, Ali, Mustafa, while Gular Rustamova and Nijat were second, and Amalia Khankishiyeva and Kamal became third.

The guests were presented a concert program with the participation of Subkhana Ajalova and the Baku City Kids Group. The host of the evening was Nijat Hasanzade.