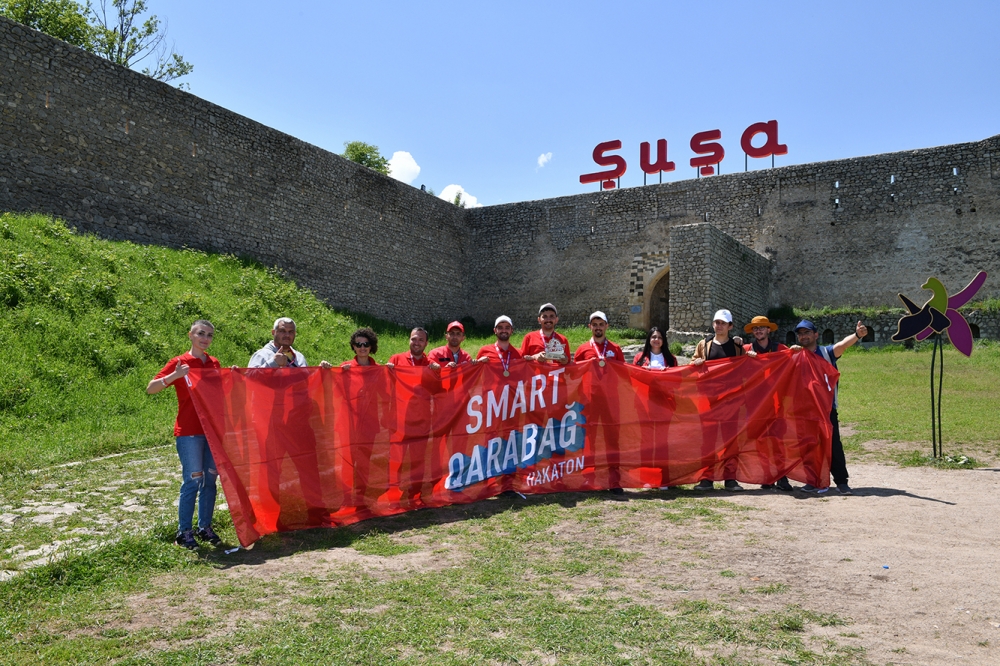 The winning teams of the Smart Karabakh hackathon, held within the TEKNOFEST Azerbaijan Aerospace and Technology Festival, visited Shusha with representatives from AzInTelecom LLC.

It should be noted that 70 competitors from 30 teams tried to turn their digital knowledge into a real project at the Smart Karabakh Hackathon, which kicked off on May 25.

During the 50-hour competition, a number of “smart solutions” were developed to transform the liberated territories of Azerbaijan into a normal region.

The participating teams from Turkey and Azerbaijan developed and presented “smart solutions” in the fields of education, agriculture, transport, household, energy, water consumption, environment and security for the restoration of Karabakh.

Previous Azerbaijan, Pakistan eye mine clearance cooperation
Next Azerbaijan`s Energy Minister meets with Deputy Assistant Secretary for Bureau of Energy Resources at US Department of State