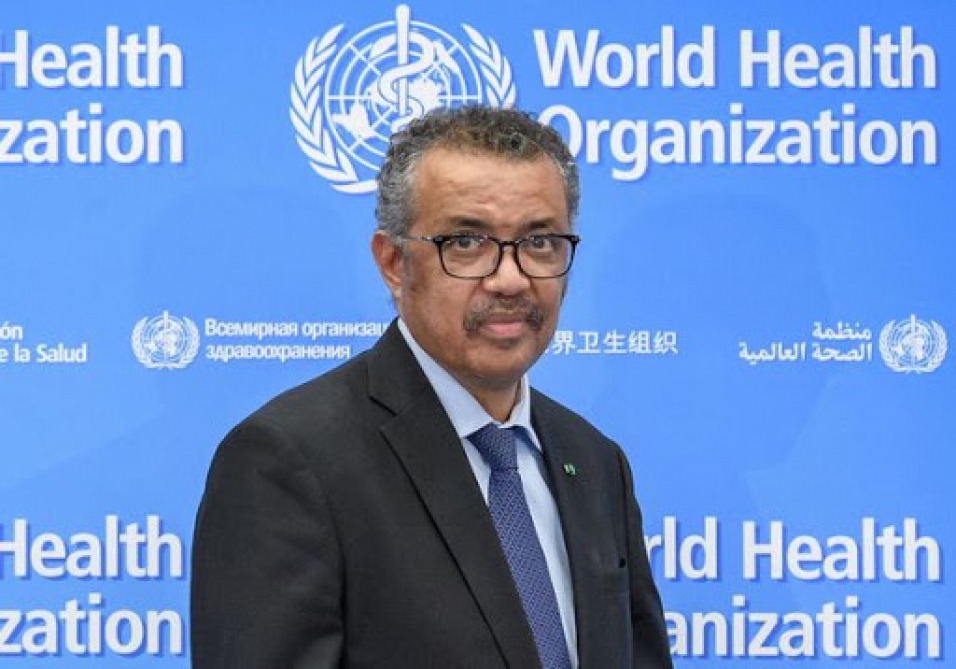 Director-General of the World Health Organization Tedros Adhanom Ghebreyesus has sent a letter to President of the Republic of Azerbaijan Ilham Aliyev.

In his letter, the Director-General commended the Government of Azerbaijan for taking preventive measures in the fight against COVID-19. He also described the Azerbaijani President`s support for multilateral diplomacy and solidarity at the national, regional and global levels as exemplary, and emphasized that this was clearly reflected in the series of events held under the leadership of President Ilham Aliyev.

The WHO Director-General said that an extraordinary Summit of the Turkic Council in response to COVID-19 held through videoconference on April 10, 2020, under the chairmanship of President Ilham Aliyev strengthened cooperation even further and contributed to the strengthening of ties between the two organizations.

Touching upon an online Summit of the Non-Aligned Movement Contact Group, Tedros Ghebreyesus congratulated the President of the Republic of Azerbaijan on successfully holding the event and described it as a perfect initiative.

He said that in accordance with the final declaration adopted at the event, a decision was made to establish the Non-Aligned Movement Task Force to work out a database that will include the basic needs of NAM Member States, and expressed the WHO`s readiness to support the NAM Task Force`s efforts.

Tedros Ghebreyesus also affirmed the WHO`s readiness to cooperate with Azerbaijan at the global, regional and national levels in combating the threats posed by COVID-19.

The WHO Director-General conveyed his deep respect for the President of the Republic of Azerbaijan.