Home / Azerbaijan / Culture / Yusif Eyvazov: My dream is to travel across regions of Azerbaijan

Yusif Eyvazov: My dream is to travel across regions of Azerbaijan 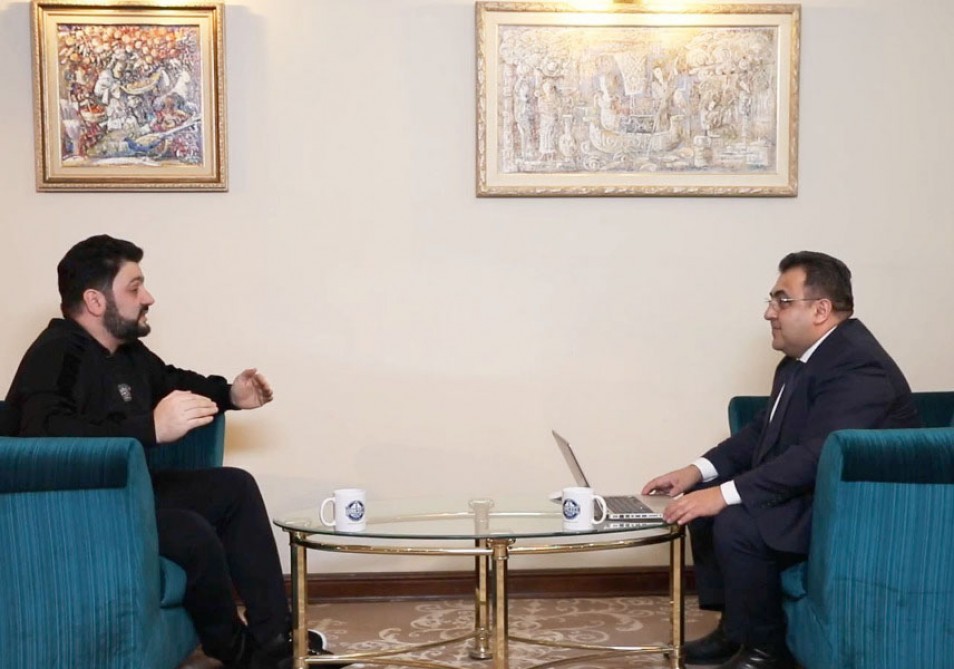 In the interview, the singer has shared his impressions of the childhood dream, spoken about parents, creativity, personal life and relation of little-known episodes of his biography to Azerbaijan. “My father was the only person who believed in me from the very beginning… He believed in me and began supporting, and for that, I will be grateful to him all my life,” he said.

Yusif Eyvazov spoke about a personal friendship with one of the greatest tenors of modern times Placido Domingo: “He is a very considerate person. He does remember when you have a premiere, so he will either call you or send you SMS wherever he is, and give advice.”

In reply to the traditional “You are at an audience with the President” question, Yusif Eyvazov spoke about the wish to thank Azerbaijan’s President Ilham Aliyev and First Vice-President Mehriban Aliyeva “for everything they are doing for the country and for their support to the culture figures”.

Particular importance in the interview was given to attractive tourist regions and the national cuisine of Azerbaijan. The singer spoke about his joint plans with a well-known Azerbaijani opera singer Elchin Azizov to travel together with their families by car across the little-known parts of the country. He advises foreign tourists to visit Azerbaijan’s sights to which he took a fancy.

Yusif Eyvazov finds the return of national leader of Azerbaijan Heydar Aliyev to power in the 90s one of the most important moments in Azerbaijan’s history: “It was a salvation for Azerbaijan… At a time when Azerbaijan was practically sinking, and when these criminals were simply devastating and tore the country apart, he came as a savior and people followed him.”

Previous Baku to host International Short Film Festival
Next Every tourist in Khachmaz should do this!