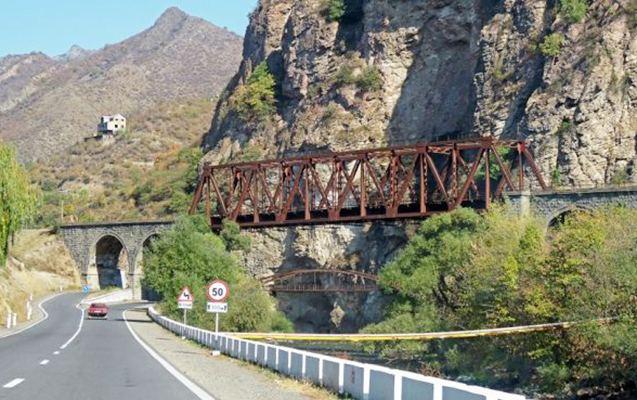 The victory of Azerbaijan in the 2020 Second Karabakh War has formed new realities in the South Caucasus region and one of the important issues in this direction is the Zangazur corridor, Trend reports.

The current situation created by Azerbaijan in the region has already turned the opening of this corridor into reality.

“The ceasefire agreement [signed within the trilateral statement between Azerbaijani, Russian and Armenian leaders on Nov.10, 2020, following the second Karabakh war] calls for the opening of a transport corridor between Azerbaijan proper and its exclave the Nakhchivan Autonomous Republic, and there is indeed a railroad that can be rebuilt,” Robert Cutler, a fellow at the Canadian Global Affairs Institute, said.

“Armenia, however, continues to insist instead on re-opening a longer and more circuitous railroad route [between Armenia and Azerbaijan] that doesn’t go through the Zangazur corridor,” Cutler noted.

“The Turkish BOTAS energy company was interested in establishing a large physical plant on the border of Azerbaijan’s Nakhchivan Autonomous Republic and Armenia. If a pipeline could be constructed across southern Armenia for this purpose, it would have been possible to create jobs in southern Armenia, which needs economic development, through the construction of a processing complex to produce refined products for foreign export,” added the Canadian researcher.

According to Azerbaijani MP Vugar Bayramov, the implementation of the Zangazur corridor is one of the important projects for the development of the region as a whole.

“The Zangazur corridor will not only allow restore the road between the main part of Azerbaijan and Nakhchivan but also allow all countries in the region to take advantage of this corridor. At the same time, this is important for the region. Azerbaijan and Turkey support the creation of a “3+3” cooperation platform [between Azerbaijan, Russia, Armenia, Georgia, Turkey, and Iran] in the region. This means that the implementation of the Zangezur corridor will be economically beneficial for the countries of the region,” Bayramov said.

“Armenia will also be able to benefit from this. Given the current situation in the Armenian economy, the only way to overcome a regression in this country is to restore communications in parallel. It is impossible to eliminate the decline in Armenia by revanchist tendencies,” the MP added.

Former US Ambassador to Azerbaijan Matthew Bryza pointed out that the Zangazur corridor can serve as a method for attracting all kinds of investments, rebuilding up industrial facilities that will create new jobs, said.

“The corridor provides great opportunities for Armenia, as well as Azerbaijan and Turkey to rebuild economic relations. The Zangazur corridor will help Armenia to connect to the regional economy. I hope Armenian politics will soon come to a place where the shock of having lost the war [second Karabakh war] will pass and the “Western majority” of Armenia will understand that it is time to give up the myth of “great Armenia” and start rebuilding their country together with their neighbors,” Bryza added.

In general, the opening of communications and the establishment of economic ties in the region are the main factors that will contribute to the establishment of peace. The political leadership of Armenia also has to accept the realities formed by Azerbaijan in order to get out of the economic abyss.