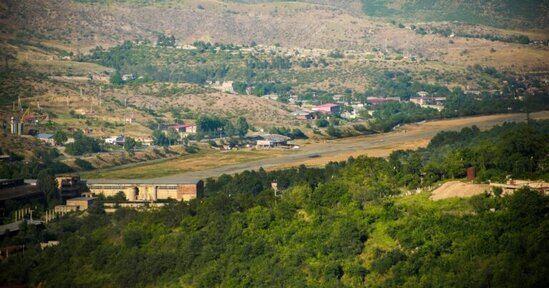 The reopening of the Zangazur Corridor — a rail and road linking Azerbaijan to Armenia — will open an economic opportunity for both our countries and the wider region, Assistant to the President of Azerbaijan, Head of the Foreign Policy Affairs Department of the Presidential Administration Hikmat Hajiyev wrote in an article to the Washington Times, Trend reports.

“The isolation of Azerbaijan’s exclave Nakhchivan — accessible through Armenia — will end. Armenia’s capital Yerevan can be connected via Azerbaijan by land with Moscow and other capitals. It is a crime against geography that those borders have been closed for the last 30 years.

In this regionwide transformational process we hope the Minsk Group — the mediation body established in 1992 under the co-chairmanship of France, Russia, and the United States — should not be of the past, but part of the future. Through experience and institutional memory, the group can play an important role in building confidence between Armenia and Azerbaijan in the years ahead.

Today we are offered the chance for stability — with mutual prosperity as a corollary. We have the opportunity to know one another, to grow safer, and prosper together. Eventually, all of these confidence-building measures may lead us to an ultimate peace treaty between Armenia and Azerbaijan. But instead of peace and cooperation, seeking revanchism could bring another disaster and tragedy.

This month, Armenia and Azerbaijan took what many must hope shall be our first step in our own detente. Azerbaijan handed over 15 Armenian detainees captured on its territory following the cessation of hostilities in November. In response, Armenia supplied maps of mines it had laid in Azerbaijan, which shall aid clearance operations to make territories safe once again for civilians.

Yet this is in just one district of the liberated lands of Karabakh.

Until further maps are revealed, de-mining will take place blindly in seven further districts. Prime Minister Pashinyan himself admitted the maps shared are only a small fraction in Armenia’s possession. Nevertheless, it progresses from the days when Azerbaijan’s request for the maps was dismissed as a ‘fake agenda.’

How many more hundreds of thousands of mines there remain unknown. Karabakh is believed to be the most intensely mined territory in the world: Over 1.5 billion square meters of explosives were laid across the line of contact that had until recently held since the first Karabakh war in the 1990s — more contaminated than the Demilitarized Zone between North and South Korea.

We may only have started to build trust, but the door is now opening to the more contentious issues that lie ahead — such as delimitation and demarcation of the border and the re-normalization of relations. But incremental confidence-building steps shall generate cycles of cooperation. Through them, our destination will become clearer,” he wrote in an article. 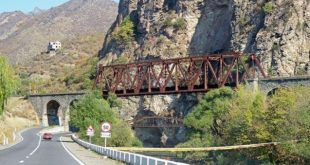