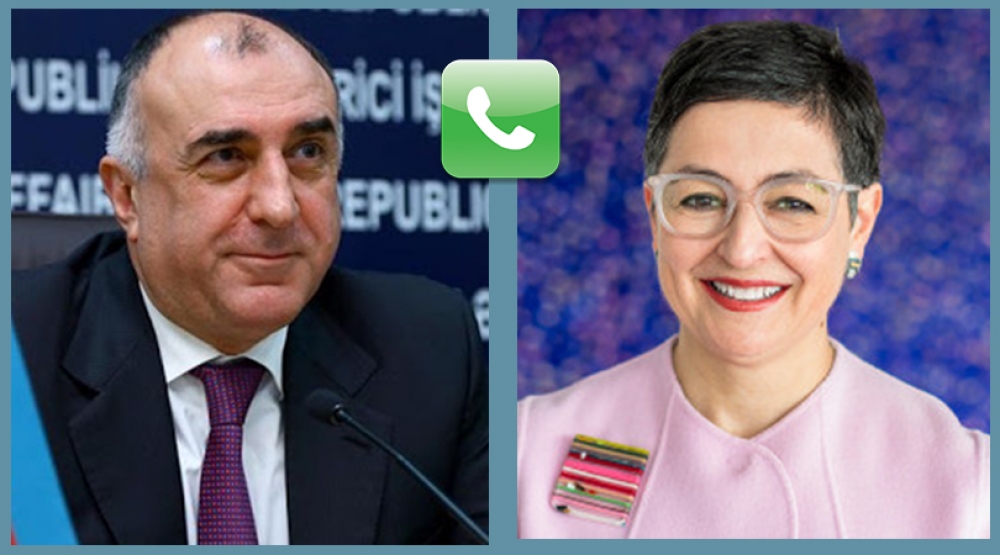 Azerbaijan’s Minister of Foreign Affairs Elmar Mammadyarov has had a telephone conversation with his Spanish counterpart Arancha Gonzalez Laya.

Spanish Foreign Minister Arancha Gonzalez Laya stressed the importance of joint efforts and solidarity in the fight against the global pandemic and thanked Azerbaijan for the message of solidarity with the video projection of the Spanish flag on the building of the Heydar Aliyev Center. The minister also thanked her Azerbaijani counterpart for his letter expressing support for the joint fight against the global health crisis.

The FMs noted the development of political relations on a high level between the two countries. They emphasized the cooperation between the two countries within the UN in accordance with the norms and principles of international law, including the principles of respect for the sovereignty, independence and territorial integrity of states, inviolability of borders as enshrined in the UN Charter and the Helsinki Final Act.

They noted the importance of signing a declaration on strategic partnership between the two countries in the near future and high-level visits in this regard. The sides also discussed the issues of strengthening the treaty and legal basis between Azerbaijan and Spain.

The ministers exchanged views on strengthening economic and energy cooperation, as well as expanding cultural ties between the two countries.

The sides also extended their invitations for reciprocal visits after the pandemic.