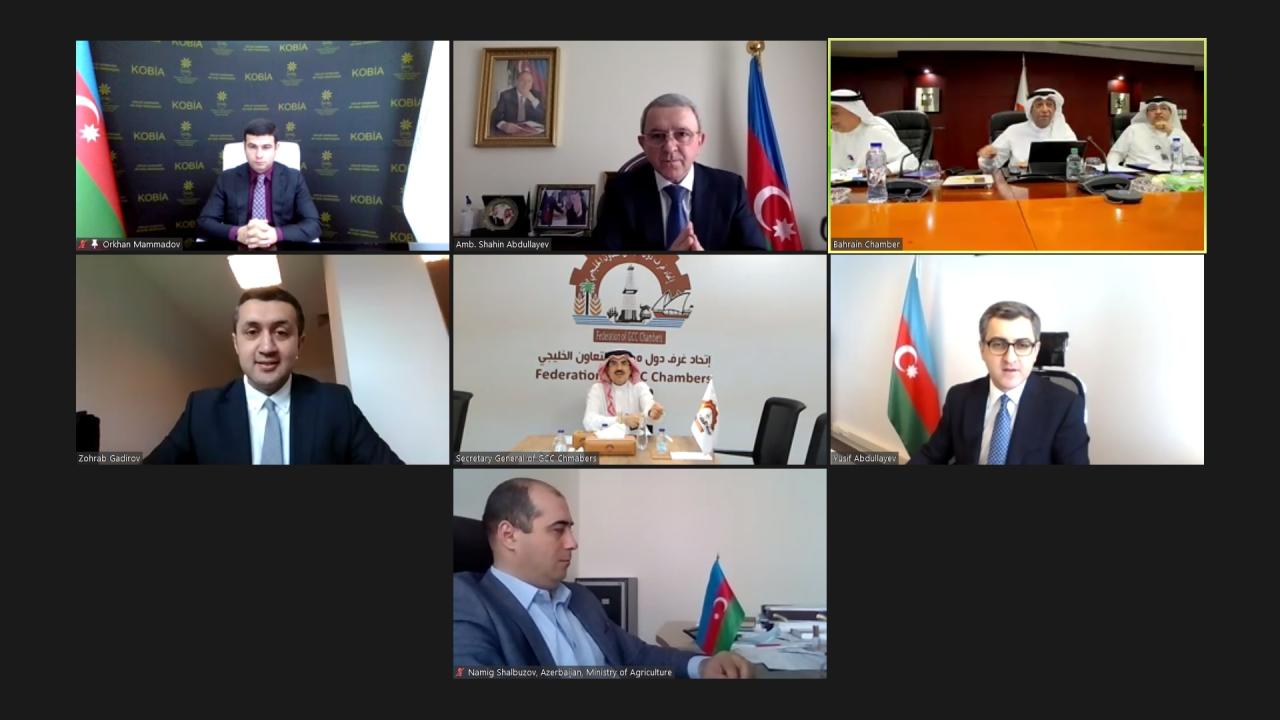 Azerbaijan and the Gulf countries have discussed cooperation in the sphere of business during the 2nd business webinar Azerbaijan-Gulf Cooperation Council on March 15.

During the webinar, organized by Azerbaijan’s Export and Investment Promotion Foundation (AZPROMO) under the Economy Ministry, Bahrain Chamber of Commerce and Industry Chairman Sameer Abdullah Nass stressed his country’s interest in developing relations with Azerbaijan and shared his views on new areas of economic cooperation.

Azerbaijani Ambassador to Saudi Arabia Shahin Abdullayev noted that such events would have a positive impact on stimulating business initiatives, expanding cooperation between business circles and building new ties of the two countries.

AZPROMO’s Acting Head Yusif Abdullayev noted that political relations between Azerbaijan and the Persian Gulf countries, based on the principles of friendship, have laid the foundation for the development of trade and economic cooperation.

He emphasized the potential for intensive development in various sectors of the economy and stated the work done to strengthen trade and cooperation with the Gulf Cooperation Council countries.

Furthermore, Azerbaijan’s Small and Medium Business Development Agency Board Chairman Orkhan Mammadov stressed the need to increase the activity of entrepreneurs, especially small and medium businesses, to develop a business partnership between Azerbaijan and the Persian Gulf countries.

The webinar featured presentations on the business and investment climate in Azerbaijan and on the Gulf Cooperation Council.

The online meeting was attended by officials and about 70 representatives of companies working in construction, industry, healthcare and pharmaceuticals, tourism, logistics, textiles and other fields of the economy from both sides.