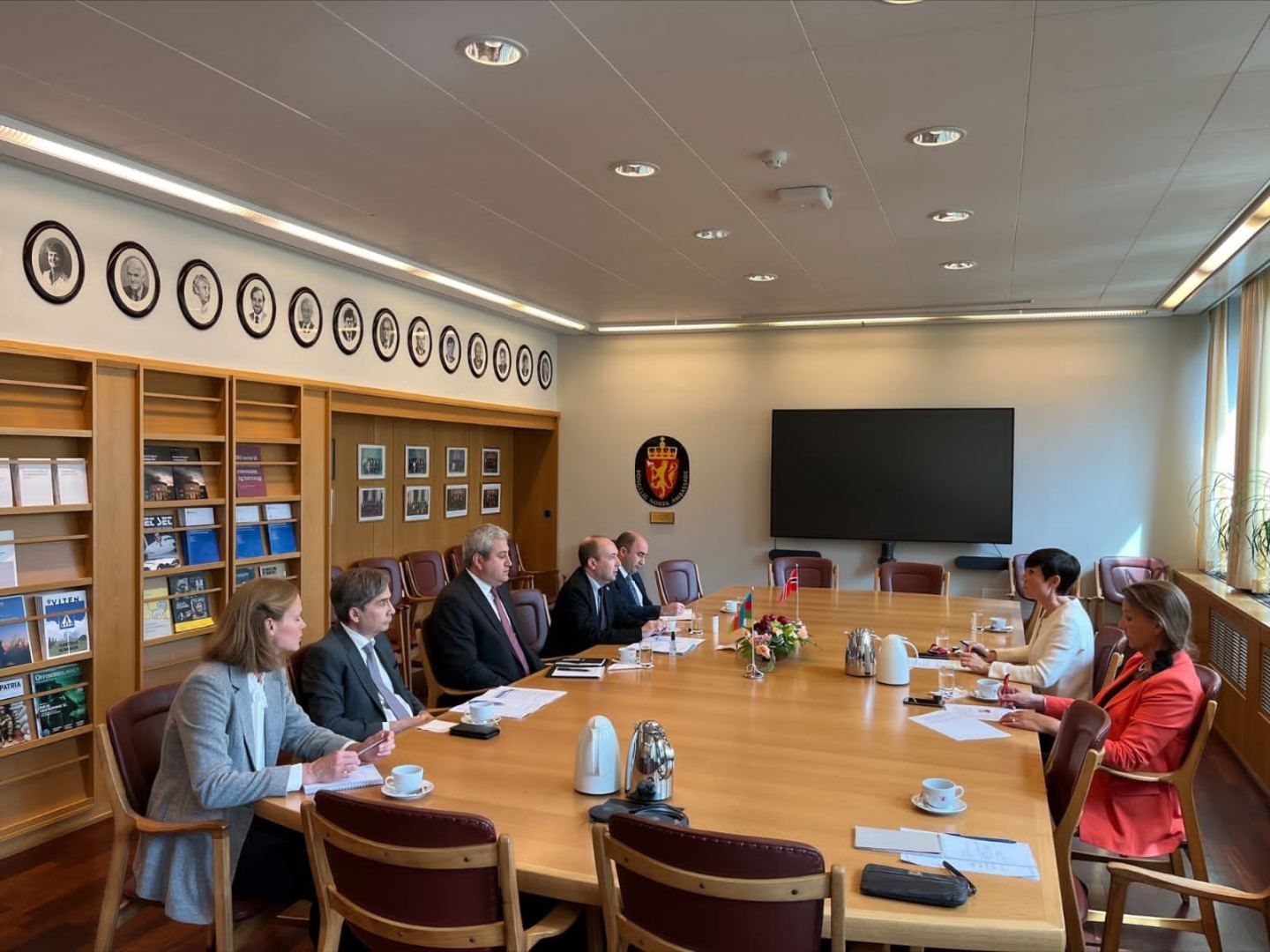 The discussion took place during Rzayev’s working visit to Norway from May 23-25.

The parties discussed the possibility of a joint celebration of the 30th anniversary of the establishment of diplomatic relations between Azerbaijan and Norway and exchanged views on the current state and prospects for the development of bilateral relations.

The sides also eyed the process of normalization of relations between Azerbaijan and Armenia in the post-conflict period, as well as current international and regional topics.

A concert by Isfar Sarabski’s jazz trio and a diplomatic reception was held at the Litteraturhuset (Literary House) center in Oslo as part of the visit on the occasion of Independence Day of Azerbaijan, also the 30th anniversary of the establishment of diplomatic relations between Azerbaijan and Norway.

Azerbaijan and Norway are cooperating in various sectors of the economy, especially oil and gas.

Thus, Azerbaijan’s State Oil Company and Norway’s Equionor are cooperating in Azerbaijan in developing the Karabakh field and organizing exploration and production in the promising areas Ashrafi-Dan Ulduzu-Aypara.

The companies also have a stake in the Azeri-Chirag and Deepwater Guneshli (ACG) oil field development project. In May 2018, SOCAR Karabakh and Equinor signed a Risk Services Agreement for the development of the Karabakh oil field in the Azerbaijani sector of the Caspian Sea. Under the agreement, the companies have equal shares.

The trade turnover between Azerbaijan and Norway amounted to $69.7 million from January to October 2021. In addition, the trade amounted to $62.3 million between the two countries in 2020.