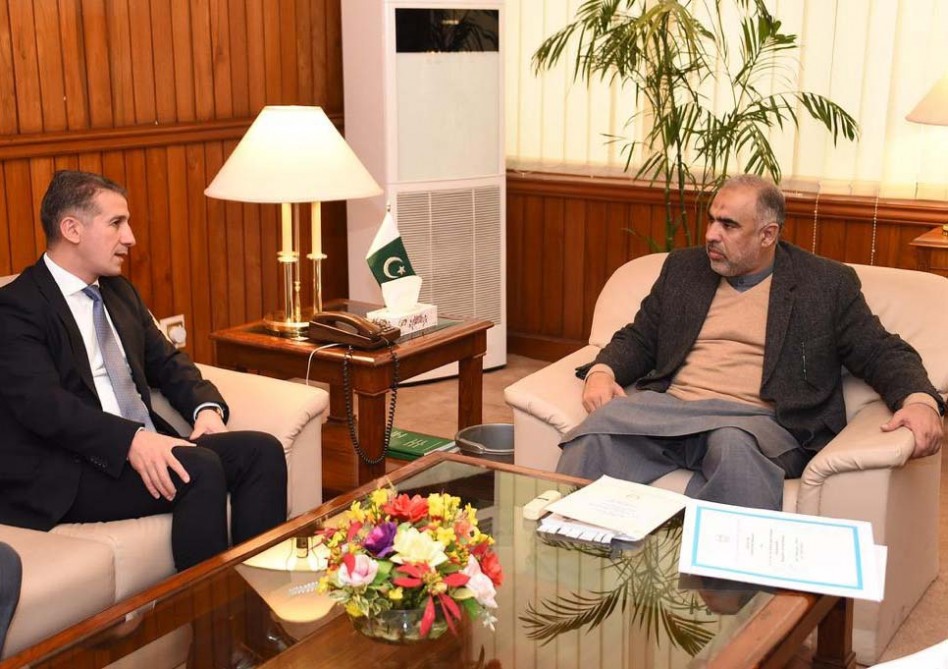 Inter-parliamentary relations play an important role in development of bilateral relations between Azerbaijan and Pakistan, said Azerbaijani Ambassador to Pakistan Ali Alizade, as he met Asad Qaiser, Speaker of the National Assembly of Pakistan. At the meeting, Ali Alizade hailed development of Azerbaijani-Pakistani relations and the support of both countries to each other. The ambassador emphasized that the adoption of resolutions demanding the recognition of the Khojaly genocide, as well as the territorial integrity of Azerbaijan, the immediate liberation of the occupied Azerbaijani territories from Armenia in 2012, by the Committee on Foreign Relations of the Senate of the Parliament of Pakistan, and in 2017, by the Permanent Committee on Foreign Affairs of the Pakistani National Assembly is a manifestation of this friendship and brotherhood.

The Speaker of the Assembly invited the Chairman of the Azerbaijani Parliament to visit Pakistan, saying that, Pakistan highly appreciates the friendly and brotherly relations with Azerbaijan and is interested in strengthening these ties.

Speaking about the formation of the new Pakistan-Azerbaijan inter-parliamentary friendship group in the National Assembly, the Speaker said that more than 100 MPs joined this group and this is an indicator of growing interest in Azerbaijan and Azerbaijan is a reliable partner.

Stressing the importance of mutual support of Azerbaijan and Pakistan, Asad Qaiser, noted that efforts to further strengthen inter-parliamentary ties will continue and, in addition, will support the expansion of ties in other spheres.