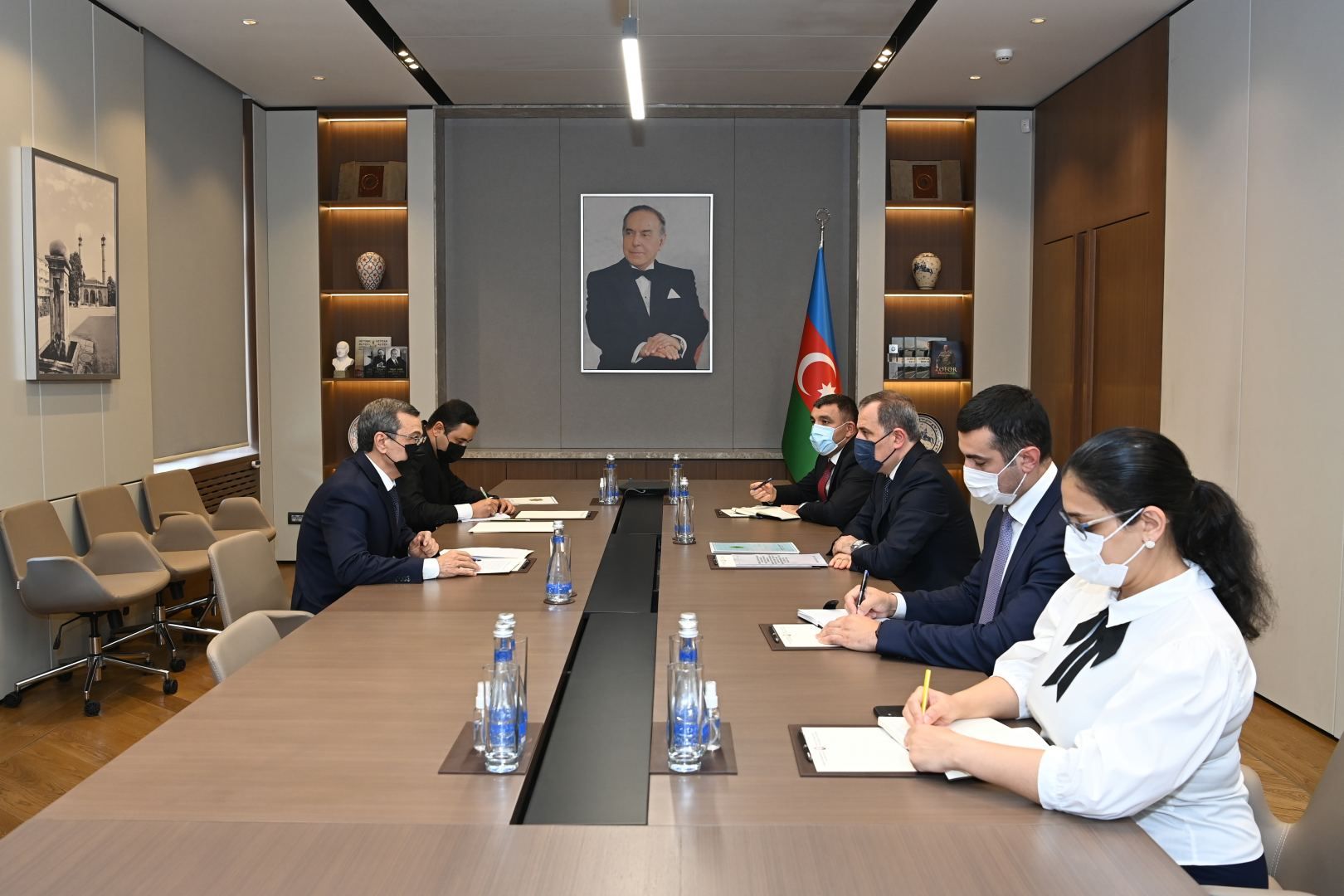 Azerbaijani Foreign Minister Jeyhun Bayramov and new Turkmen ambassador to Azerbaijan Gurbanmammet Elyasov discussed the significance of the work for the approval of the Convention on the Legal Status of the Caspian Sea.

The ambassador presented a copy of his credentials to Minister Jeyhun Bayramov.

During the meeting, Bayramov congratulated the ambassador on his appointment. He noted that friendly and fraternal relations between Azerbaijan and Turkmenistan have reached a new stage of development, as well as the importance of mutual high-level visits, and legal documents signed in recent years between the two countries.

Conveying sincere greetings from Turkmen Foreign Minister Rashid Meredov, the ambassador highly appreciated the current relations between the two countries and noted the efficiency and positive dynamics of interaction and partnership.

Further, he also expressed satisfaction with the relations between the peoples of the two countries based on historical, cultural, and ethnic unity.

Elyasov noted the potential for further development of collaboration in the political, economic, trade, and transport areas, and stressed that he would make every effort for their implementation.

The sides also exchanged views on the development of partnership between the two countries.

The meeting raised issues of regional cooperation between the two states, as well as mutual support in international organizations.

Jeyhun Bayramov wished Ambassador Elyasov success in his activities for the development of Azerbaijani-Turkmenistan relations.

On January 21, 2021, Azerbaijan and Turkmenistan signed a memorandum of understanding over the joint exploration of the Dostlug (Friendship) gas field. Under experts’ estimates, the Dostlug gas field contains natural gas and 60-70 million tons of oil.