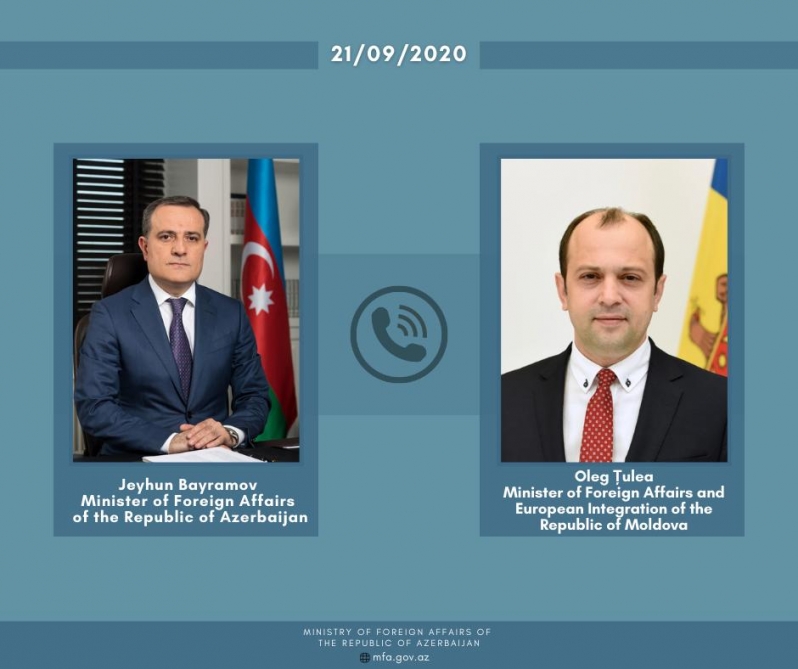 During the phone conversation initiated by the Moldovan side, Minister Tulea congratulated Bayramov on his appointment as the Minister of Foreign Affairs.

They exchanged views on a number of issues on the bilateral cooperation agenda, including the expansion of relations in political, economic, trade and other areas. The FMs agreed to hold political consultations soon in a video conference format. They stressed the importance of developming economic and trade cooperation between Azerbaijan and Moldova.

Minister Tulea thanked Azerbaijan for its support rendered to Moldova in the fight against the COVID-19 pandemic. They emphasized the significance of international solidarity and cooperation in combating the global health crisis.

FM Bayramov highlighted Armenia’s recent provocative activities raising tensions in the region, including provocative statements and actions by the Armenian leadership. He said such actions undermined the settlement of the conflict through negotiations. Noting that an Azerbaijani serviceman was killed today by the armed forces of Armenia on the border between the two countries, the minister said that all the responsibility for this crime lies with the military-political leadership of Armenia.