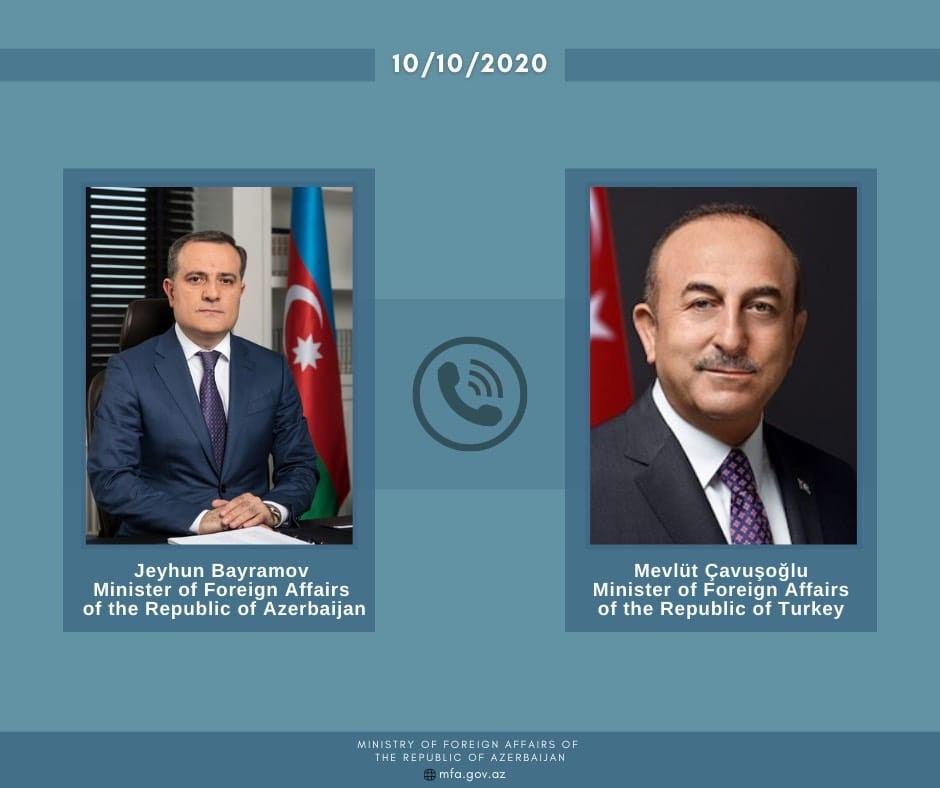 During the conversation, Bayramov informed his Turkish counterpart about the meeting of the foreign ministers of Azerbaijan and Armenia, held in Moscow with the mediation of the Russian Foreign Minister Sergey Lavrov.

The Azerbaijani minister noted that an agreement was reached between the Azerbaijani and Armenian sides on a temporary ceasefire for humanitarian purposes, and that the aggressor country was given the last chance to withdraw Armenian troops from the occupied territories of Azerbaijan.

Cavusoglu noted that the ceasefire, announced for the exchange of prisoners and bodies of the dead, is an important step, but not a way to resolve the conflict, stressing that Turkey will only support the solution that Azerbaijan accepts.

Bayramov, referring to the principled position of Azerbaijan, stressed the importance of the implementation of the UN Security Council resolutions to ensure peace in the region.