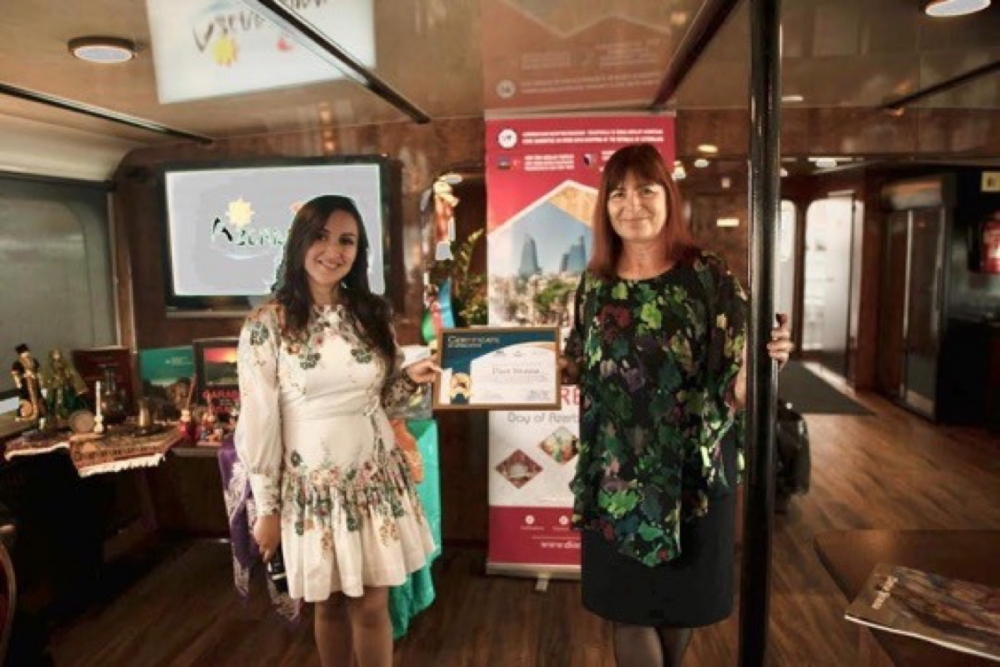 An event under the slogan “Promoting friendly relations between Finland and Azerbaijan” has been held in the city of Helsinki.

Coordinator of the Coordination Council of Scandinavian Azerbaijanis in Finland Ulviyya Jabbarova highlighted the long and successful path of development of Azerbaijan, also mentioning the significant achievements of the country in various areas. She also highlighted Azerbaijan’s glorious and historic victory in the 44-day war. Jabbarova noted that even though Armenia’s policy of aggression pursued against Azerbaijan for many years has come to an end, this policy of bloody aggression has had grave consequences.

During her presentation, Aygul Rzayeva, philologist living in Finland provided an insight into history and culture of Azerbaijan, as well as the outstanding personalities of the country.

Ulviyya Jabbarova presented the certificate of appreciation to Dace Strauss on behalf of the organization for her efforts to further strengthen cultural ties with Azerbaijan and effective work to promote the heritage of Karabakh horses.

The participants also watched an exhibition highlighting the environmental crime – the pollution of the Okhchuchay river, which is one of the crimes committed by Armenia against Azerbaijan.

At the end of the event, national gifts were distributed among the participants.