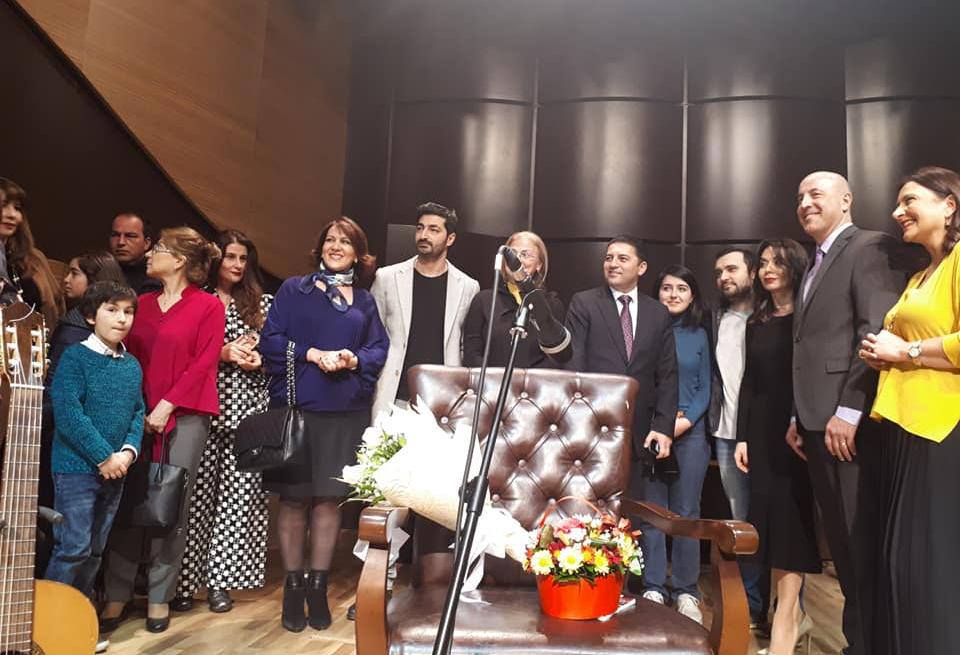 A poetry evening dedicated to the world-famous poet, President of the Senate of the University of Delaware (USA) was held in Baku.

The event was co-organized by the Azerbaijan Ministry of Culture in cooperation with the International Mugham Center, Trend Life reported.

The evening was held with the assistance of the State Committee for Work with the Diaspora and the American Chamber of Commerce.

The creative evening coincided with the birthday of the head of “SÖZ” literature project, poetess Nigar Hasanzade.

Poet and translator Salim Babullaoglu spoke about the life and work of a guest from the United States, having first read his poems in Azerbaijani.

Over the years, Latin America and Spanish became closer to the poet’s soul.

A concert program with the participation of Honored Artist, tar player Shahriyar Imanov, pianist Tural Raphael, laureates of international competitions, dancers Lenai Seidalizade and Javid Hajiyev, was presented to the guests. The evening was met with a storm of applause.

Alexander Selimov was born in Makhachkala in 1963, in a family of teachers and artists. Father Azim Selimov taught the dialectology of the Russian language at the University of Dagestan, mother Lyudmila Selimova hosted the program “Hello,we are looking for talents!” on the Dagestan TV.

The grandfather of the poet Agahan Selimoglu was sent from Baku to Makhachkala, where he worked under the leadership of the First Secretary of the Dagestan Regional Committee Aziz Aliyev.

He was Chairman and Secretary of Khivsky and Suleiman-Stalsky districts.

Alexander Selimov graduated from the Dagestan University in 1986 and until 1989 worked as a military translator in the department of international relations of the Ministry of Armed Forces of Cuba.

In 1990 he entered the magistracy of the University of Delaware. He also  took a post-graduate programme of the university. The poet defended his Ph.D. in Spanish language and literature in 1996.

He teaches Spanish and Latin American literature at the University of Delaware.

Alexander Selimov is a member of the United States Pen Club, the Academy of American Poets, an honorary member of the Union of Writers and Artists of Bolivia, an UNESCO Honorary Ambassador, a member of the Coordinating Committee of the Democratic Party of Delaware, and a deputy candidate for the New Castle county.

Selimov is an author of many  books and literary articles published in Spain, USA, Canada, South Korea and Azerbaijan.

Among them are such works as “The Challenge and Other Poems”, the book of anti-war poems, which received the honorary Victoria Urban Award in 2018.

Published by the Ibero-American literary community in the United States, this book includes poems dedicated to the innocent victims of the Khojaly genocide.