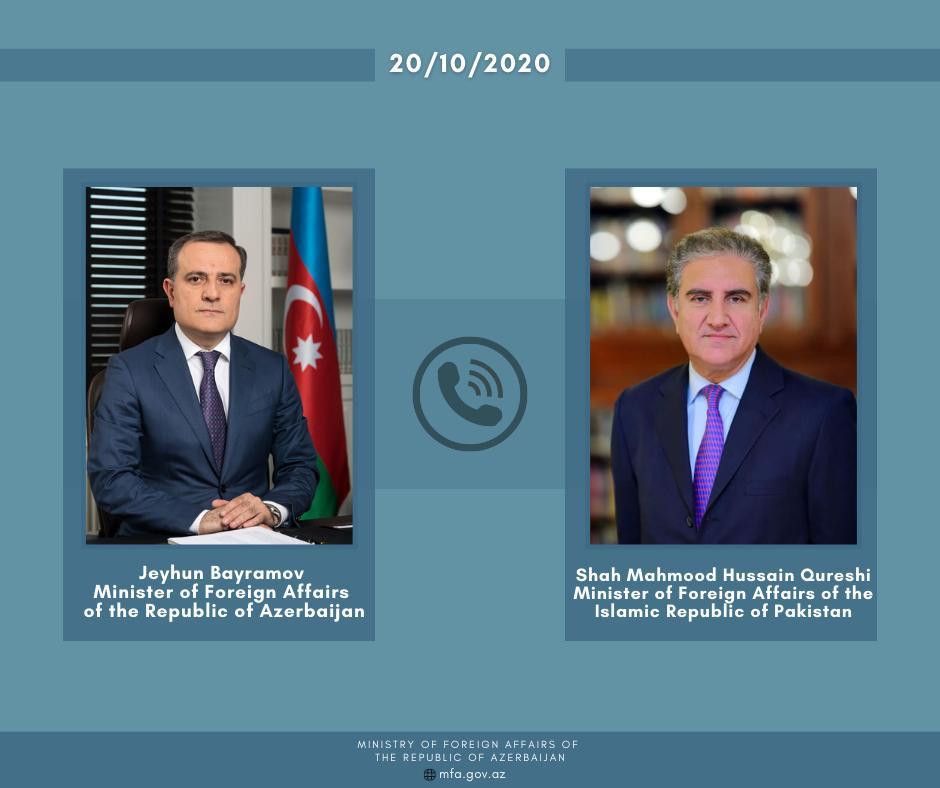 During the conversation, Minister Bayramov briefed Qureshi about the current situation in the region. He noted the violation of humanitarian ceasefire by the Armenian armed forces, including intensive shelling the Azerbaijani civilians and residential areas.

The minister underlined that missile attacks on Ganja city, which causes serious civilian casualties, are war crimes and crimes against humanity. He added that Armenian leadership bears full responsibility for these crimes.

Bayramov highly appreciated the firm support of Pakistan to the just position of Azerbaijan.

In turn, Pakistan Foreign Minister stressed that Pakistan is for the settlement of the conflict based on the territorial integrity of Azerbaijan within its internationally recognized borders and in accordance with the UN Security Council resolutions.

Sixty three civilians have been killed and 292 others have been injured since the outbreak of large-scale hostilities on September 27. As a result of the shelling of civilian infrastructure facilities by the occupying country’s armed forces, 1,981 houses and 90 multi-apartment residential buildings, as well as 386 civilian facilities were severely damaged.

Previous Azerbaijan boosts export of oil, oil products to Georgia
Next “Karabakh is the cradle of Azerbaijani culture”: Kocharli Mosque