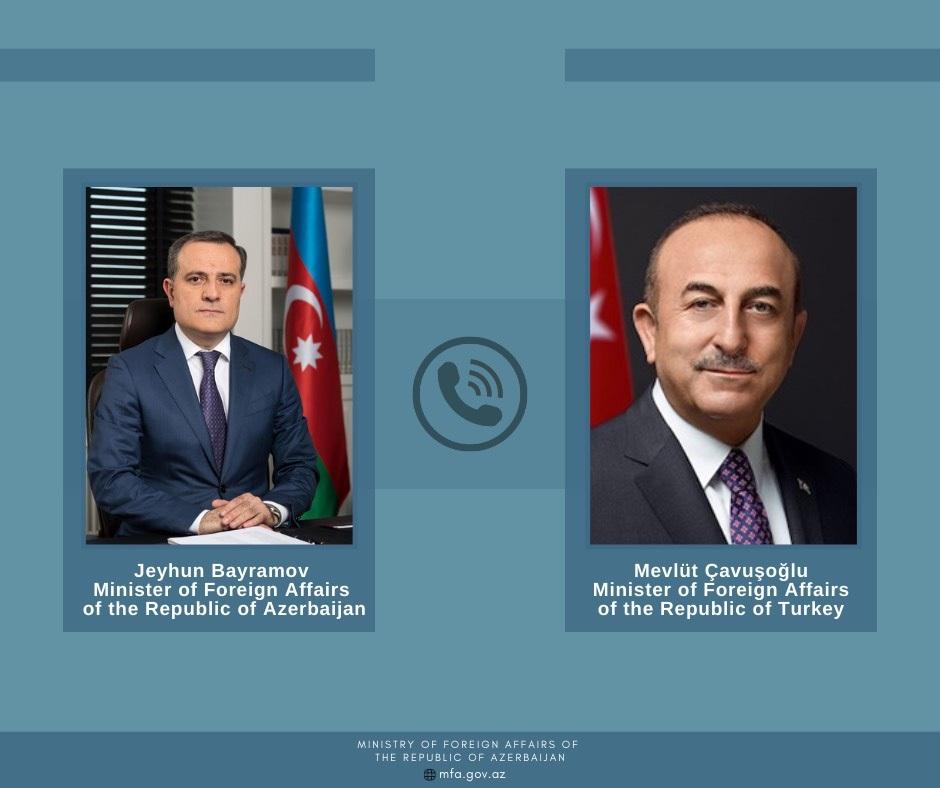 Cavusoglu made the remarks during the phone conversation with Azerbaijan Foreign Minister Jeyhun Bayramov on October 13, the Foreign Ministry’s press service has reported.

Bayramov stressed that despite the humanitarian ceasefire achieved at the meeting in Moscow on October 10, Armenian armed forces continue to attack Azerbaijani civilians, civilian objects and cities, located far beyond the frontline.

The Azerbaijani minister thanked Turkey for the constant support of Azerbaijan’s fair position, based on international law.

On October 4, Armenia launched missile attack on Ganja, Azerbaijan’s second largest populated city. There were also attacks on Mingachevir city that has a hydroelectric power station as well as on Khizi and Abheron region on the same day. On October 6, Armenia fired a forbidden cluster missile at Baku-Tbilisi-Ceyhan (BTC) oil pipeline in Yevlakh. The bomb landed 10 meters away from the pipeline. Over 300 cluster bomblets ejected around as a result of the attack. On October 11, Ganja city came under missile attack of Armenia.At least nine civilians were killed and 33 more were injured in Armenia’s overnight missile attack in Ganja. Armenia also attacked Azerbaijan’s Jabrayil and Hadrut regions on October 10.

It should be noted that the attack on Ganja comes hours after the humanitarian ceasefire signed between Azerbaijani and Armenian Foreign Ministers with Russia’s mediation on October 10.